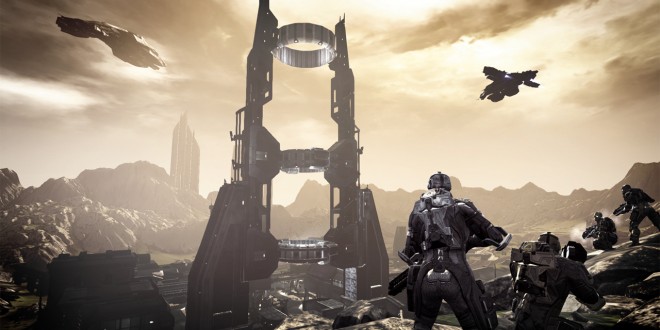 DUST 514 is a first-person shooter directly connected to MMORPG EVE Online. Like EVE Online, DUST 514 will be having a special holiday event.

Starting Christmas day, DUST 514 will be having the “12 Days of DUST” event. For 12 days, players can receive special rewards in the Daily Mission system. Players must finish at least three Daily Missions in their Mercenary Quarters. While the rewards have titles, such as “You’re makin’ me blow my mind,” it has not been revealed what the actual reward is. Players must finish their missions and receive them to find out. There are 12 daily missions rewards, along with a special bonus day after. Each reward is available from the time the server goes up until the time it goes down for maintenance the next morning.

There is direct interaction between DUST 514 and EVE Online. Players actions in one game affect the political and economic status of the other. The two games were fully connected on January 10, 2013, while the full game came out on May 13th. DUST 514 takes place in the same fictional universe as EVE Online, set 21,000 years in the future. Combat takes place on the various planets from EVE Online, all of which offer unique maps. Planets are divided into large districts, which hold resources and installations that players must fight over. Only the natural landscape of each planet remains constant, as the position of surface structures is controlled by player corporations.

In DUST 514, all combat takes place in real-time on planets from EVE Online. EVE Online player alliances and corporations can hire palyers of DUST 514 as mercenaries to fight for control of planets. A direct form of interaction between the two games comes in orbital bombardments. This allows EVE Online players to assist DUST 514 players. If a player in EVE Online is in position over a planet with the proper equipment, that player can fire upon a target designated by a friendly DUST 514 player.

I’m Load The Game’s co-founder and community manager, and whenever I’m not answering questions on social media platforms, I spend my time digging up the latest news and rumors and writing them up. That’s not to say I’m all work and no fun, not at all. If my spare time allows it, I like to engage in some good old fashioned online carnage. If it’s an MMO with swords and lots of PvP, I’m most likely in it. Oh, and if you’re looking to pick a fight in Tekken or Mortal Kombat, I’ll be more than happy to assist! Connect with me by email markjudge (@) loadthegame.com only
@@MarkJudgeLTG
Previous New Halo 5 Guardians Beta Trailer
Next Steins;Gate Coming to PS3 and PS Vita in 2015 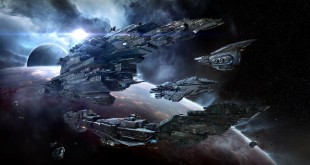 Milestones and anniversaries are customs that are practiced by the majority of the human race. ...