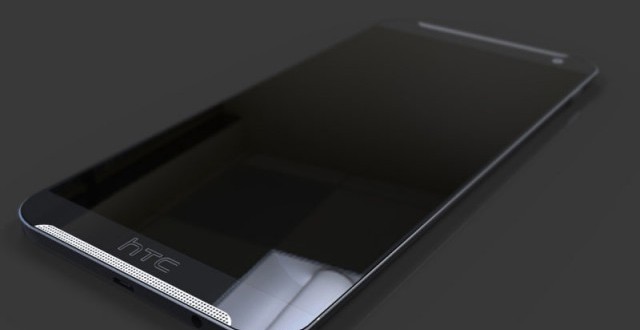 With 2014 soon coming to an end, it’s time to look forward to next year and all the new great devices it will bring. One of these devices will be successor to the highly acclaimed HTC One M8 flagship smartphone, among many others of course. The tentatively titled HTC One M9, also known as Hima, is naturally expected to feature various improvements over its predecessor, although there will undoubtedly be plenty of similarities as well. Today we’re here to look at the HTC One M9 and see how it stacks up against the HTC One M8 in an attempt to figure out if the Taiwanese giant is going all out this time or just making a few upgrades here and there. It’s important to note that nothing is official when it comes to the upcoming flagship, so we’ll have to look at all the various rumors floating around. Don’t worry though, we’ll only take into consideration what seems the most believable.

First off, let’s talk about the display. We already know that the HTC One M8 comes equipped with a 5-inch panel with 1080 x 1920 resolution, but what about the HTC One M9? We’ll likely see a small bump in size that should take it up to 5.2-inches and we can also expect 1440 x 2560 resolution according to most sources. There are also some who claim that HTC will not increase the size of the display at all, while others are saying that the display will in fact measure 5.5-inches. I think 5.2-inches seems the ideal size and most logical evolution of the series, but we’ll just have to wait and see. As for the design, there are surprisingly few details when it comes to this, but it’s pretty safe to assume that the HTC One M9 will look and feel quite similar to its predecessor considering the amount of people that have praised the M8 for its premium design.

Hardware-wise, we can expect plenty of upgrades, with the most noticeable one being the addition of the new Qualcomm Snapdragon 810 octa-core processor. The latest chipset from Qualcomm uses 64-bit architecture and will also be part of many other flagship smartphones in the future including the Samsung Galaxy S6 and the LG G4. Aside from a powerful processor, the HTC One M9 is also said to come equipped with 3 GB of RAM, 32/64GB storage memory options, 20.7 MP camera, and 2,840 mAh battery. Interestingly, HTC seems to have finally renounced the “Ultrapixel” technology and are now opting for a megapixel camera. Good choice I say. By comparison, the HTC One M8 only sports 2 GB of RAM, 16/32 GB options, Dual 4 MP camera, and 2,600 mAh battery. In other words, we can expect hardware upgrades across the board, especially in the CPU and camera department. The software will be identical for both devices as the HTC One M8 is scheduled to receive Android Lollipop soon and the HTC One M9 will most likely run on the same OS from the get-go.

The price is rather difficult to predict as we don’t for certain if all the above rumors are reliable. However, more often than not manufacturers price their new flagships for the same cost as their previous one, which means that theoretically the upcoming handset should cost similar to what the HTC One M8 did at launch. So, the HTC One M9 should end up with a $650 price tag unlocked, maybe a bit more depending on the variant. As for the release date, industry insiders are claiming that HTC will announce the device in March and launch it shortly after, similar to how they did last year. The unveiling will apparently not take place at WMC 2015 as the company is reportedly hosting a special event of its own in order to announce the HTC One M9.

If even half of the rumors are true, we should indeed see significant improvements for the latest iteration of HTC’s highly acclaimed flagship. As mentioned, the most noticeable ones will be in regards to the processor and camera, although there are rumors saying that a much bigger battery will also be available. Naturally, it’s also worth mentioning that the display on the HTC One M9 is expected to feature better resolution and the operating system will certainly be the latest Android Lollipop update. All in all, HTC is looking to provide a device that will be well worth the price tag, just like they did last year with the HTC One M8. In addition, the company is also said to be working on a HTC one M9 “Ultra” version of the flagship, which will feature even better specs than the regular one.

I’m Load The Game’s co-founder and community manager, and whenever I’m not answering questions on social media platforms, I spend my time digging up the latest news and rumors and writing them up. That’s not to say I’m all work and no fun, not at all. If my spare time allows it, I like to engage in some good old fashioned online carnage. If it’s an MMO with swords and lots of PvP, I’m most likely in it. Oh, and if you’re looking to pick a fight in Tekken or Mortal Kombat, I’ll be more than happy to assist! Connect with me by email markjudge (@) loadthegame.com only
@@MarkJudgeLTG
Previous Devil Survivor 2: Record Breaker Introduces Keita and Hinako
Next iPad Pro release date, specs rumor round-up