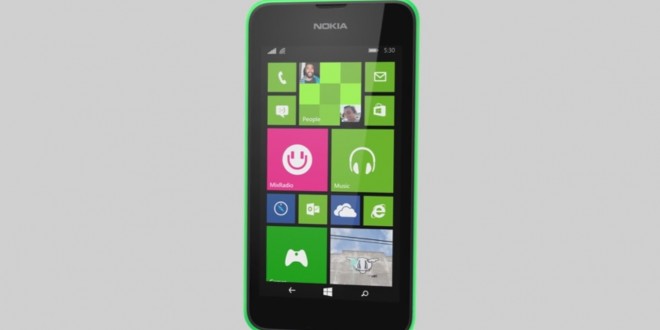 Lumia Denim is now rolling out to selected Windows Phones

Microsoft’s upcoming Lumia Denim update is finally rolling out to Windows Phones and the OTA has quite a few nifty tricks up its sleeve, including 4K recording. Naturally, not all Lumia phones will be lucky enough to get Lumia Denim. Microsoft said that the Lumia 830, Lumia 930, Lumia Icon and Lumia 1520 would be getting the update shortly. What’s even more disappointing is that not every region where you would find these phones is going to benefit from the update just yet.

Lumia Denim was announced in September and people were already getting pretty intrigued by what Microsoft was promising to bring to Windows Phones with the OTA. We were hoping for a faster camera app, as well as a more responsive UI, which we got. The most important and noticeable upgrade that owners of the aforementioned devices in a few European and Asian countries will be noticing is camera speed and image quality. The Lumia camera app will get a Rich Capture mode which uses HDR, Dynamic Exposure and Dnamic Flash to shoot photos. A new imaging algorithm has also been added to the app and it will supposedly improve low-light shooting conditions. Oh and 4K video recording, I think that would be the most important new feature actually.

Indeed, Lumia Denim has 4K recording if you ask Cortana to help you out by long-pressing the camera button. Even though the update is only available to a limited number of regions in Europe and Asia at the moment, it should be made available throughout the US in January 2015. If you want to receive the update on your Lumia flagship, you’ll have to make sure to have Lumia Cyan already installed, as well as 1.5 GB free storage space. And don’t forget to back up your data and a full battery before installing Lumia Denim. Let us know when the update has hit your device, leave us some first impressions. You can check if Lumia Denim is available for your device on the Microsoft Mobile Devices support page.

My life-long dream has been to test out every gadget on the market! Considering the fact that I've rapidly destroyed almost every gadget I've had so far, I'm not inclined to owning something, so my ideal outcome would be to have a different gadget each month. I'm really into smartphones, wearables and tablets and I love Playstation and Xbox, I'm sure I'll beat you at your own game (after a month of training... or two)
Previous Nexus 6 doesn’t come with a Turbo Charger in some regions
Next Black Desert Beta Launches in Korea With New Trailer