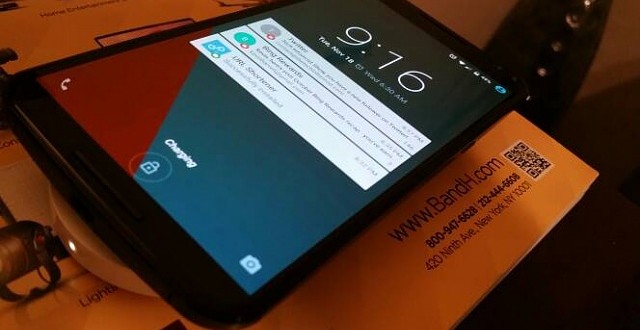 Motorola managed to impress us earlier this year when they announced and detailed the Nexus 6 smartphone. The latest device in the Nexus series comes equipped with a great display, great hardware, all at a reasonable price, all things considered. The company even throws in their highly acclaimed Turbo Charger if you purchase their device. This is definitely a great accessory to have as it can fully recharge the Nexus 6 in just a matter of minutes while most other charger require hours to do so. That said, the Turbo Charger is apparently not available in all regions, although Motorola themselves are not to blame for this.

Users in Australia are reporting that their brand new Nexus 6 arrived without the said charger in the box, which was instead replaced with a regular one. This is reportedly due to the fact that the Turbo Charger doesn’t meet the local electrical standards in Australia. I don’t know about you, but I never knew that Australia’s electrical standards were different than the rest of the world’s. Guess you learn something new everyday, ha? In any case, the folks over at Motorola announced that they are now working on special Turbo Chargers that meet the country’s standards but that it will take quite a bit of time until they are ready. In addition, Nexus 6 owners will have to use a redemption system if they want the accessory.

Motorola confirmed that the redemption offers will work for smartphones purchased both at retail and directly from the Google Play Store. As for when the new batch of Turbo Charges will be shipped, the company predicts that they will be ready sometime during the middle of Q1 2015. Meanwhile, Australian Nexus 6 owners will have to make due with the provided 850 mAh charger, which will likey require several hours to fully charge the device’s massive 3,200 mAh battery.

I’m Load The Game’s co-founder and community manager, and whenever I’m not answering questions on social media platforms, I spend my time digging up the latest news and rumors and writing them up. That’s not to say I’m all work and no fun, not at all. If my spare time allows it, I like to engage in some good old fashioned online carnage. If it’s an MMO with swords and lots of PvP, I’m most likely in it. Oh, and if you’re looking to pick a fight in Tekken or Mortal Kombat, I’ll be more than happy to assist! Connect with me by email markjudge (@) loadthegame.com only
@@MarkJudgeLTG
Previous Hyperloop, Elon Musk’s baby, might become a reality soon enough
Next Lumia Denim update adds 4K recording to Windows Phones