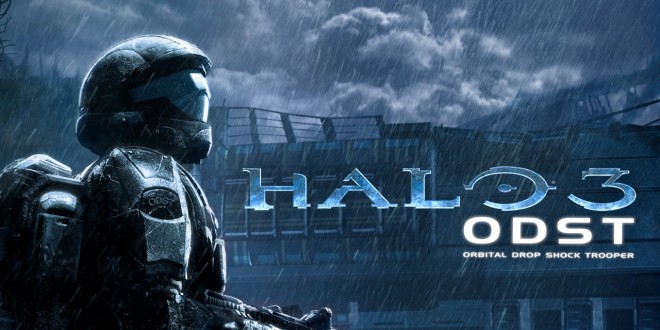 Halo 3 ODST Remastered has been confirmed to be coming to Xbox One sometime in Spring of 2015. This came via a blog post on the Halo Waypoint site directly from 343 Industries. The blog post went live around 7pm today and was an apology to the community after a month of online multiplayer problems. As a quick recap, Halo The Master Chief Collection launched on November 11, 2014 and players were unable to connect to matchmaking for the first few days. Soon after playlists were restricted as 343 Industries worked on a fix for the problem along with Microsoft. Most recently the multiplayer is still not at 100% functionality with a Halo Combat Evolved playlist being added in.

Online users who have played Halo The Master Chief Collection between launch day and today, December 19, will be offered one month free of Xbox Live Gold, an exclusive in-game nameplate and avatar, and the campaign for Halo 3 ODST Remastered. 343 Industries thanks Bungie for the original Halo 3 ODST and state that the remastered version will feature 1080p resolution and a smooth 60 frames per second. An updated version of the multiplayer map “Relic” will also be coming to the Halo 2 Anniversary playlist sometime in the future.

The Xbox Live Gold will be available as early as the middle of January while the Halo 3 ODST Remastered content is given a release time as spring of 2015. The Relic multiplayer map will be available to everyone once it is released. It will also be included in a free content update and not require a separate download, unlike Halo 3 ODST Remastered. Both content updates were not part of the original development plans but are included due to 343 Industries feeling like they owed fans and early owners of Halo The Master Chief Collection. Firefight from Halo 3 ODST will not be included in the remastered it appears, as 343 Industries stated, “We do not currently have plans to include Firefight.” If you have sold your physical copy of the game since launch you can still access the content if you were online during possession, but will still be required to own the game in order to access that content.