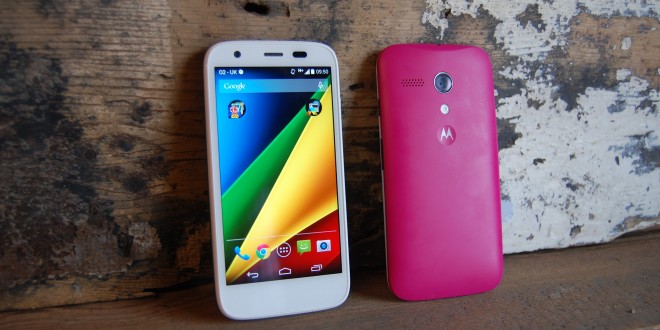 The Moto G, and its successor, the Moto G 2014 are among the best budget smartphones you can get, packing quite a punch for an affordable price. While near-stock Android 4.4.4 KitKat is still a great OS to run, Android 5.0.1 Lollipop would be a treat. A few weeks earlier, the Moto G 2014 and its predecessor started receiving the OTA but it was soon pulled so not everybody got the update. Now, we’ve found out that both mid-rangers are to receive the Lollipop treatment.

These two Motorola handsets were impressive, but Lollipop should be marvelous on both. Material Design is certainly en-vogue, everybody loving the flat design and lots of customization. I wouldn’t go as far as saying that we are glad Motorola and Google are supporting the outdated Moto G, because why wouldn’t they? The mid-range siblings turned out to be steals in the past year and we’re hoping to see a successor soon. To be honest, Android 5.0.1 Lollipop is great no matter what device it’s working on, but the Moto G can definitely compete. The fact that you can get near-stock Android 5.0 on decent and very affordable devices like the Moto G siblings is a nice touch.

Owners of Moto G devices are reporting the Android 5.0 Lollipop OTA coming in, so you might be surprised to see an update notification in the morning. Remember that it might be a while until the update hits your device, so keep an eye out in the next week. Before starting installation, make sure to have a full battery, Wi-Fi, a backed up phone and patience. Report back with your experience. The update should be rolling out to other Motorola devices (Moto E, Droid Turbo, Droid Ultra, Droid Maxx, Droid Mini) soon enough.

My life-long dream has been to test out every gadget on the market! Considering the fact that I've rapidly destroyed almost every gadget I've had so far, I'm not inclined to owning something, so my ideal outcome would be to have a different gadget each month. I'm really into smartphones, wearables and tablets and I love Playstation and Xbox, I'm sure I'll beat you at your own game (after a month of training... or two)
Previous Cheap Samsung Z1 running Tizen OS launching in January
Next Galaxy S6 photo leak shows off metal design, fuels curiosity

Android 5.1.1 Lollipop spotted over at Google

Most Moto G devices around the world have already received Android 5.0 Lollipop, but while ...