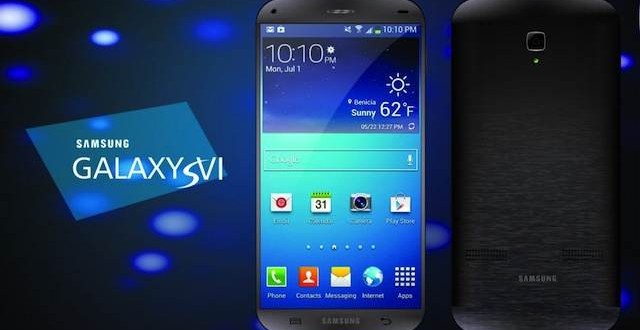 The Samsung Galaxy S5 flagship is undoubtedly one of the best and most popular smartphones of the year, but with 2014 quickly coming to an an end, it’s time to look towards the next big thing. The successor to the highly acclaimed handset may not be just around the corner, but it’s not too far away either if rumors are to be believed. Word has it that the Samsung Galaxy S6, also known as Project Zero, will release earlier than anticipated in an attempt to get a foothold on the market before the other flagships launch. As such, we decided that it wouldn’t hurt to take a look at some of the rumors surrounding the Samsung Galaxy S6 and try to figure out if it will be a worthy successor to the Samsung Galaxy S5.

Samsung’s next flagship is said to come equipped with a larger display of around 5.5-inches with 1440 x 2560 resolution, and Corning Gorilla Glass 4 protection. This may seem a bit too large but it is in fact becoming the new standard among flagships, so it’s not surprising that Samsung wants to adopt it as well. In addition, the Samsung Galaxy S6 is also rumored to feature a curved display that will curve on both sides. By comparison, the Samsung Galaxy Note Edge also offers something similar, albeit the display on this device only curves on one side. In any case, the display should overall be an upgrade over the one featured on the Samsung Galaxy S5, and so should the design. According to a recent leak, the Samsung Galaxy S6 will pack a premium metallic chassis, which is definitely a welcomed departure from the traditional plastic body we’ve seen on the previous models.

The Korean tech giant wants to build its next flagship from the “ground up”, meaning that Samsung will use a number of in-house components this time around. Specifically, the company is reportedly looking to equip the Samsung Galaxy S6 with a new Exynos 7420 64-bit processor and in-house GPU. As for the rest of the specs, we should see something along the lines of 3 GB  of RAM, 32 GB of storage memory with microSD support, 20 MP primary camera, and 5 MP front-facing shooter. Those are overall some pretty decent improvements over the Samsung Galaxy S5, although we still don’t know anything about the battery life yet. As for the software, the Samsung Galaxy S6 is expected to run straight out of the box on Android 5.0 Lollipop, or possibly even version 5.1. Meanwhile, the Samsung Galaxy S5 comes with Android 4.4 KitKat from the get-go but it can be further upgraded to Android Lollipop as well.

Pricing is always an important aspect when considering whether or not you should purchase a new device. You can currently get a Samsung Galaxy S5 starting at about $600 without a contract but you can expect the price to go up a bit if you choose a model with more storage. The Samsung Galaxy S6 will probably be a bit more expensive as Samsung usually charges more for metallic devices with a premium feel. That said, the company will still want to put a reasonable price tag on the flagship due to the high competition which makes expensive handsets much less desirable. As for the release date, word on the street is that the Samsung Galaxy S6 might be unveiled as early as CES 2015, which takes place between January 6-9. A specific release date is expected to be made at the event but most sources claim that the upcoming flagship will be launched a bit earlier than the Samsung Galaxy S5 did.

All the leaks and rumors suggest that the Samsung Galaxy S6 will indeed be a worthy successor to the Samsung Galaxy S5. Last year, Samsung announced their flagship in February and first made it available in April, but if they will announce it in January this time around, we might see it on the market as soon as March. Such a move would certainly be wise as both the LG G4 and HTC One M9 are also expected to launch earlier than their predecessors in an attempt to gain the upper hand over the competition. So, do you think the Samsung Galaxy S6 will end up being a worthy successor, or will we be looking at more of the same?

I’m Load The Game’s co-founder and community manager, and whenever I’m not answering questions on social media platforms, I spend my time digging up the latest news and rumors and writing them up. That’s not to say I’m all work and no fun, not at all. If my spare time allows it, I like to engage in some good old fashioned online carnage. If it’s an MMO with swords and lots of PvP, I’m most likely in it. Oh, and if you’re looking to pick a fight in Tekken or Mortal Kombat, I’ll be more than happy to assist! Connect with me by email markjudge (@) loadthegame.com only
@@MarkJudgeLTG
Previous Trove Releases the Ice Sage
Next Cheap Samsung Z1 running Tizen OS launching in January