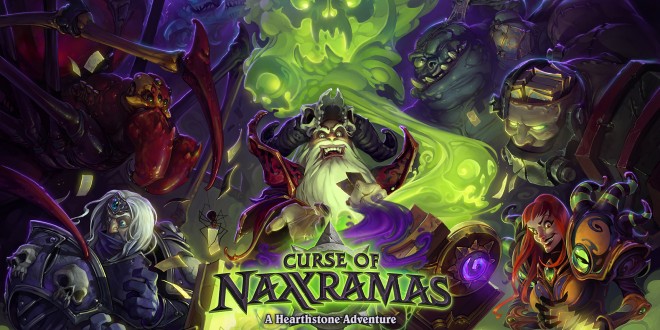 Today’s Game of the Year countdown is the Top Five Handheld Games of 2014 – The year of 2014 was a great one for gamers. While it lacked the grandiose releases of a Grand Theft Auto and two new consoles, it was a solid year overall. Gamers around the world hacked into Chicago, tried to survive against impossible odds, joined each other online to take down raid bosses, replayed remastered versions of older games, and collectively wondered how many triple A titles could launch with broken parts. Join us as we begin to rank the top games genre by genre, leading up to the overall game of the year.

Twice a week we will release a list of the top five shooters, RPGs, handheld games, and so on. Today we will be covering the top five handheld games of this year, which had a ton of worthy entries. The PlayStation Vita, Nintendo 3DS and iOS/Android devices all received some great titles to suck up your time either at home or on the go, but only one can take the top spot.

Initially released as a PC title in 2011, The Binding of Isaac Rebirth is a remake that brings a lot of new content to its new platforms. The Binding of Isaac is most at home on the PlayStation Vita, as the dungeon crawling and quick play setup is great for traveling around the house or while in transit. Much like Rogue Legacy and Spelunky, these PC titles have been a perfect fit for the Vita controls as they doesn’t require a convoluted control scheme and you can  put your Vita to sleep at any point. The game features a deep randomized dungeon for you to explore with various power ups for the naked, crying avatar you control. People looking for a challenge will be very happy, as the game includes permanent death with no restarts and basically no explanation on what an item does, pushing you to experiment at your own risk.

This iOS and Android puzzle game embraces the idea of being easy to play but difficult to master. The basic idea is to match up numbers together, beginning with 1+2=3 and then combining multiples of 3 until you are cornered, hoping to have gotten a higher score than your friends. Like chess, you’ll need to think several moves ahead. Random chance is present, as you’ll constantly be bringing in unseen numerals from the sides as you swipe. Threes is often compared to Tetris because of the strategy and luck involved in getting the right number at the right time. This comparison also holds true to the pick up and play nature of Threes, as it is up to you how long you want to play it. A “match” can last a minute, or you can slowly and methodically take your time seeking a higher score than your rival.

Persona Q attempted to draw in two very different crowds: the hardcore dungeon crawling Etrian Odyssey fans, and the lighthearted yet deeply emotional Persona 3 and 4 fans. It did so successfully by respecting both properties in one of the best crossover game. In Persona Q you’ll be engaging in Etrian Odyssey gameplay mechanics with the casts of Persona 3 and 4 using a variety of Personas to find enemies weaknesses. The difficulty of Etrian Odyssey is retained, and so is the humor of the Persona series. The interactions between the casts of the most recent Persona entries is also a major draw. The only thing that might scare you away is the length required to beat it, as most players report the game taking up to 70 hours to finish.

Harkening back to the NES era, Shovel Knight is a love letter to MegaMan, Castlevania, Duck Tales and other classic NES titles. Never derivative or hollow, Shovel Knight comes up with its own unique game mechanics, such as the checkpoint system that can be destroyed for extra cash. Shovel Knight’s story is fairly simple, find your best friend, defeat the evil enchantress in the big scary castle. The simple mechanics of using the shovel to bounce atop of enemies to deal damage or to attain greater heights is very satisfying. Enemy variety is large, and the boss battles are the highlights of each level, each requiring a different strategy. You can purchase items to help you deal with enemies or to complete side quest dungeons that hold difficult platforming sections and the promise of big rewards. Shovel Knight is nearly perfect with only a few annoying sections that caused more frustration than fun.

Probably the most popular handheld game of 2014, Hearthstone finally saw an official worldwide release this year on PC, iOS, and most recently Android devices. Basically an electronic card game, Hearthstone is beloved for its complex strategies and deck customization. It scratches that itch of “one more game” that gives way to hours of matches against other players online or the AI. As you play you gain more and more chances to unlock cards that will open up new strategies. Best of all, it is completely free, though you can opt to purchase card packs if you so desire. Despite the optional payment, Hearthstone is still fair, thanks to Blizzard’s exceptional quality standard. Because of the endless time you can spend playing Hearthstone and still not know everything, as well as the game being completely free for you to try out, it is the best handheld game of 2014.

And those are the Top Five Handheld Games of 2014! You can always voice your own opinion in the comments about what your favorite horror game was, whether it was Bravely Default, Pokemon Omega Ruby Alpha Sapphire, Super Smash Bros for Nintendo 3DS, or something completely different. And continue to check back for more Top Five lists as the month goes on, with overall game of the year premiering in the first week of January. Next will be the Top Five Action Titles of 2014.