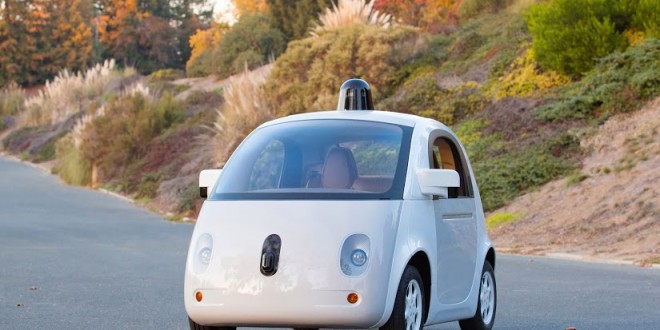 Google’s self-driving car should roll in California next year

Since they’ve got it all figured out, we can safely say that Google has managed to get the sensors and computer to work in tandem with the hardware and parts of the car. The company will be testing out the vehicle on their own tracks, so we should be seeing some footage of the car pop up soon enough. We’ve first heard an official announcement regarding Google’s self-driving car in May 2014 but the prototype looked more like a toy than a real vehicle.

Ever since Google announced the self-driving car, states in the U.S. have begun enacting laws to allow these cars to actually roam the streets, as a fully automated vehicle can become quite dangerous if it malfunctions. The bottom line is that the new vehicle should end up on the streets of California first, and we’ll see about more units being shipped to other states. Many are excited about what Google’s new contraption can do and how it could help society. One way the car would be a benefit is when it comes to elderly drivers who can’t use their cars anymore, but you could also use it if you are disabled or have health issues that prevent you from driving a regular car. I’m personally a bit skeptical about the project, but I’m not the driver, so I won’t be voicing any concerns just yet. Still, we are very excited to see the self-driving car roam the streets.

My life-long dream has been to test out every gadget on the market! Considering the fact that I've rapidly destroyed almost every gadget I've had so far, I'm not inclined to owning something, so my ideal outcome would be to have a different gadget each month. I'm really into smartphones, wearables and tablets and I love Playstation and Xbox, I'm sure I'll beat you at your own game (after a month of training... or two)
Previous HP Chromebook with a 14 inch touchscreen launched today
Next GSC Gameworld Reopens Development Studio