Breaking News
Home » Tech » Galaxy Alpha to be discontinued in favor of Galaxy A3, A5 and A7 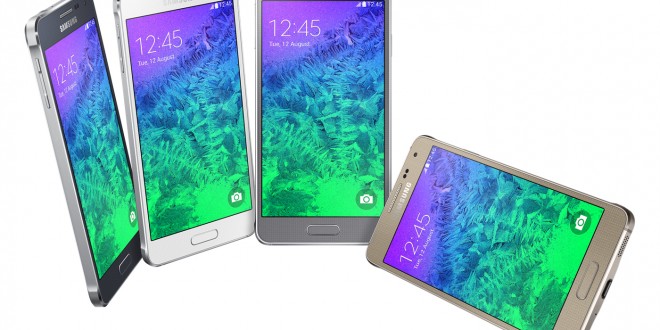 Samsung Galaxy Alpha will be discontinued early in 2015

Galaxy Alpha to be discontinued in favor of Galaxy A3, A5 and A7

The Galaxy Alpha, Samsung’s first attempt of creating a metal phone to suit the new trend for premium design, is going to be discontinued in favor of the new line inspired by the expensive mid-ranger. According to Samsung, the Galaxy Alpha will be discontinued starting February 2015 to leave room for new, less expensive smartphones like the Galaxy A3, A5 and A7 and even the rumored Galaxy E5 and E7. Even though the Galaxy Alpha design is a stepping stone for the South Korean company, its pricing coupled with average mid-range specs didn’t make the device too desirable.

Since Samsung vowed to continue in the manner of metal designs, the Galaxy Alpha seems to have served the brief purpose of setting an example for other phones. The design of the mid-ranger was greatly appreciated, especially after the flop the Galaxy S5 design turned out to be. The positive reviews about the release prompted Samsung to continue in the metal design trend and subsequently released the Galaxy Note 4 with a metal frame and announced the Galaxy A3, A5 and A7 smartphones. The A-line should be a cheaper smartphone line from the company and should be well received once it hits US shores. Rumors say that another metal-design phone line is also in the works, the E-line comprising of the Galaxy E5 and E7.

The Galaxy Alpha price is pretty high considering its mid-range specs, Samsung asking around $600 for the handset, which seems an outrageous sum to pay just to have the new metal design. With this in mind, the company decided that pricing and design should be the most important traits of the future US release, the Galaxy A line. The Galaxy A5 price is currently set at around $350 or lower, which is a much more affordable price to pay for a mid-range smartphone. Compared to the Alpha, the Galaxy A5 has a bigger display, better Snapdragon 410 CPU, a microSD card slot (which we missed on the Alpha), a better 13 MP rear camera, the same amount of RAM, namely 2 GB and a better front camera measuring 5 MP. The battery on the A5 is also bigger, measuring 2300 mAH compared to the Galaxy Alpha’s 1860 mAH. Even though the new A5 doesn’t have a fingerprint sensor, it still is a worthy device to become an Alpha legacy.

If the South Korean smartphone giant decides to keep the moderately low prices of the Galaxy A line once it is internationally launched, we might not even regret that the company is discontinuing the Galaxy Alpha. While we don’t know much about the high-end brother of the A5, the Galaxy A7, it is supposed to be the high-end version in the line and should sport a higher price. Since the company is eagerly prepping the release of the Galaxy S6 flagship next year, launching an affordable line of mid-range phones inspired by the Galaxy Alpha seems like a good idea. Besides getting better sales numbers, the A line could also compete with premium phones like the iPhone 6 in design and pricing.The Galaxy A5 is set for an early 2015 launch in Korea and an international release should follow by Spring 2015. At least those are our current hopes.

My life-long dream has been to test out every gadget on the market! Considering the fact that I've rapidly destroyed almost every gadget I've had so far, I'm not inclined to owning something, so my ideal outcome would be to have a different gadget each month. I'm really into smartphones, wearables and tablets and I love Playstation and Xbox, I'm sure I'll beat you at your own game (after a month of training... or two)
Previous More Samsung Galaxy S5 smartphones are receiving Android Lollipop
Next HTC One M9 Hima might be announced at CES 2015

Galaxy A7 vs iPhone 6 Plus: premium features compared

Samsung Galaxy A7 officially announced, the thinnest Samsung phone ever

The Samsung Galaxy A7 has been officially revealed today in Malaysia and the anticipated device is ...