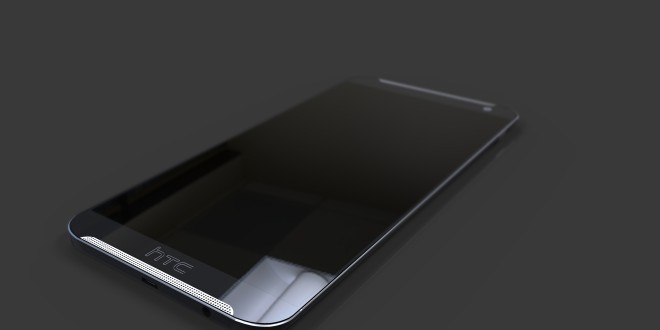 The HTC One M9 release date is finally getting closer, after a tweet from Steve Hemmerstoffer stated that we could actually witness the unveiling of the flagship at CES 2015. Even though we were fairly sure that the handset wouldn’t make an appearance until MWC 2015, it seems HTC is already prepping the device for an early January announcement. HTC One M9 Hima should be the latest flagship from the company and it should be one of the most hyped devices of next year, alongside the LG G4 and Samsung Galaxy S6.

HTC One M9 specs for next year might put the flagship ahead of its competitors a bit, the company trying to catch up with the phablet and QHD display trends that have overtaken the smartphone market lately. Even though the rumored specs for HTC’s flagship haven’t been confirmed by official sources, we certainly have quite a few expectations from the device. Most of you will bring up design as an expectation, since many were impressed by the metal unibody of the HTC One M8. It’s more than likely that Hima will sport the same type of metal unibody, but with less bezel-space to be annoying.

Latest rumors regarding HTC One M9 specs include a 5 inch QHD display, a 64 bit Snapdragon 810 CPU backed by 3 GB RAM and an Adreno 430 GPU. We might also see a massive 20.7 MP rear camera as well as a 13 MP front camera, as the company is getting increasingly focused on photography, proven by recent releases like the HTC Eye and ReCamera. Most recent rumors put display resolution at 1080*1920. which wouldn’t be bad at all since it would make for an extended battery life. The battery on the Hima should be pretty big, at least 2840 mAH in size if sources are correct. While we haven’t heard much about the front-facing BoomSound speakers, it’s more than likely that the company will decide to port them from the One M8. Or replace them with something even better. Android 5.0 Lollipop should be the team-mate of the 64 bit CPU and HTC will reportedly be finished with Sense 7.0 so that we can enjoy a new UI featuring Material Design.

Although a CES 2015 release of the HTC One M9 seems a bit unlikely, as HTC would have sent out some weird invites by now if that were the case, we sure hope the company is ready with the flagship by then. If the phone could be introduced so early, it would take the lead in front of other companies like Samsung and LG who are also prepping big flagship releases for next year. Whichever the case may be, we are curious to see how the company will market the One M9 and what new features it is planning on including in the handset. We are sure we won’t be disappointed.

My life-long dream has been to test out every gadget on the market! Considering the fact that I've rapidly destroyed almost every gadget I've had so far, I'm not inclined to owning something, so my ideal outcome would be to have a different gadget each month. I'm really into smartphones, wearables and tablets and I love Playstation and Xbox, I'm sure I'll beat you at your own game (after a month of training... or two)
Previous Galaxy Alpha to be discontinued in favor of Galaxy A3, A5 and A7
Next LG G4 to feature a stylus pen and 5.3-inch display