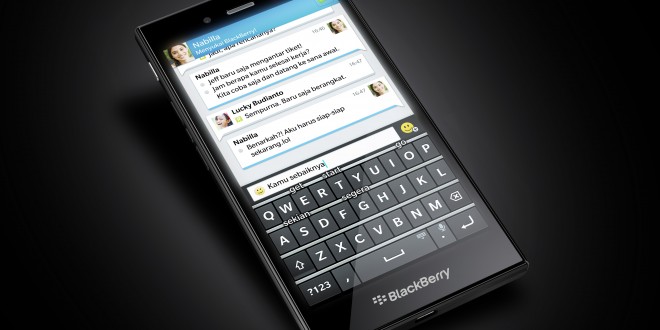 BlackBerry Rio Z20 will be launched in February

The BlackBerry Rio Z20 is supposedly one of the next devices John Chen and co. will be introducing in 2015. The CEO promised that the company would introduce at least four new phones by the end of year, besides the BlackBerry Passport, but failed to deliver on that promise. Nonetheless, we did see the launch of the remastered BlackBerry Classic and the newest leak regarding their products involves the BlackBerry Rio Z20 with a full touchscreen to tap into the regular smartphone market.

Even though John Chen promised unconventional devices which would attract customers, the BlackBerry Rio Z20 doesn’t seem like anything unusual. From the leaked photo that showed up online we can clearly see that it is a run of the mill brick-shaped smartphone with nothing out of the ordinary. The BlackBerry Passport’s design was criticized by some as being bulky and cumbersome, yet just as many tech enthusiasts were delighted by the square design of the QWERTY-touting smartphone. The BlackBerry Rio Z20 seems to go back to smartphone roots and employs the basic design we’ve seen on many other smartphones. If I were to suggest a phone that the Rio Z20 resembles most, I would say the Xperia Z2, seeing as its squared off corners and thick bezels are indeed a reminder of Sony’s flagship.

The BlackBerry Rio Z2 is actually very similar to its predecessor, the Z3 that was launched in April 2014 to mixed reviews, save for the upgraded specs. According to the recent leak, the BlackBerry Rio Z20 will feature a 5 inch display with a 1280*720 resolution, a 1.5 GHz dual core CPU, 2 GB RAM, 16 GB expandable internal storage, an 8 MP rear and 2 MP front camera as well as a beefy 2800 mAH battery. While those specs aren’t much to go by, the device seems like a decent mid-ranger that would be successful if priced just right. Seeing as Samsung and HTC are prepping their own mid-rangers for next year, BlackBerry needs to keep their devices competitively priced and specced if it wants to keep the status it reached with the BlackBerry Passport launch.

According to various rumors and sources, the BlackBerry Rio Z20 should be arriving in February 2015, but pricing hasn’t been revealed yet. With these specs, we could assume that the company would price the device somewhere in between $200 and $300, but that remains to be seen. Rumors also say that this handset won’t make to North America, but we might be able to purchase it directly from the company in limited numbers. Until official word comes in, take these rumors with a grain of salt and hope for the best.

My life-long dream has been to test out every gadget on the market! Considering the fact that I've rapidly destroyed almost every gadget I've had so far, I'm not inclined to owning something, so my ideal outcome would be to have a different gadget each month. I'm really into smartphones, wearables and tablets and I love Playstation and Xbox, I'm sure I'll beat you at your own game (after a month of training... or two)
Previous HTC mid-ranger specs leaked, likely to show up at CES 2015
Next Android 5.0 bug causing memory leaks has now been fixed

Remember those rumors back in January about Samsung buying BlackBerry? Well, those were quickly debunked by ...