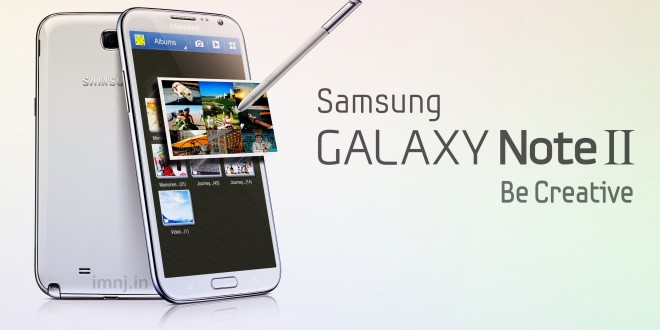 The Galaxy Note II, Note 3 and S4 will all be treated to Lollipop in due time

The Galaxy Note II remains a popular and budget-oriented device compared to phablets launched this year, even though it’s an oldie. While the Android 5.0 Lollipop rollout for Samsung flagships was sure to include the flagships of the past two years, we weren’t expecting the company to send out the OTA to the Galaxy Note II as well. It seems the South Korean smartphone giant won’t give up on its older releases just yet and has confirmed that the Galaxy Note 2 would also be getting Android 5.0 Lollipop in the future.

While Samsung didn’t specify an exact release date of the update to the Galaxy Note II, Note 3 and Galaxy S4, at least it confirmed that users of these flagships will not be stuck with Android 4.4 KitKat for the rest of their devices’ lifespan. Even though the uptake of the Galaxy Note 3 and Note 4 has been immense since their launch, there still are tech enthusiasts out there who would rather stay with their Note II or choose it over more expensive handsets, since it’s not too outdated or sluggish. TouchWiz from Samsung doesn’t help too much if you’re still on Jelly Bean or KitKat, but with Android 5.0 Lollipop, Samsung is getting closer to stock Android a bit, as seen on the Galaxy S5 and Galaxy Note 4.

It is nice to see that a company that has just vowed to reduce their smartphone models and will discontinue one of its bigger 2014 launches, the Galaxy Alpha, is still loyal to its customers and will be sending out updated firmware to older handset. The Galaxy Note II is far from special at the moment, since smartphone releases since it hit markets have kicked up a few notches in specs, design and features as well. Nonetheless, the Note II is a great budget solution and with Android 5.0 Lollipop users of the device can benefit from all the current features you get with Google’s latest mobile operating system.

The Galaxy Note II will set you back around $350, which can be seen as an affordable price to pay for a phablet-sized smartphone these days. The handset comes with a 5.5 inch display with a 720*1280 resolution adding up to 267 ppi pixel density, which puts it between the Galaxy S5 and Note successor in terms of size and could be the perfect match for those who feel uncomfortable with the newer devices’ sizes. Spec-wise, the Note II is pretty average, considering the fact that it was officially released in September 2012, more than two years ago. The handset runs on an Exynos CPU backed by 2 GB RAM and either 16, 32 or 64 GB internal storage expandable via microSD card. The Galaxy Note II camera might be the downside of the handset, as it only packs 8 MP on the rear with an LED flash and a 1.9 MP on the front. The battery on the device measures 3100 mAH which does add up to a nice battery life.

Even though we don’t know when Android 5.0 Lollipop will land on the Galaxy Note II, S4, Note 3 and other Samsung handsets, we are fairly sure that February 2015 could be a correct estimation. Until we hear official word on the release date of the OTA, we will keep hoping for a timely release. Do you still use a Note II or do you think the handset is much too outdated? I would personally choose the Note II over current flagships because it would be a cheaper option, but you could get better bang for your money if you turn to other OEMs.

My life-long dream has been to test out every gadget on the market! Considering the fact that I've rapidly destroyed almost every gadget I've had so far, I'm not inclined to owning something, so my ideal outcome would be to have a different gadget each month. I'm really into smartphones, wearables and tablets and I love Playstation and Xbox, I'm sure I'll beat you at your own game (after a month of training... or two)
Previous Final Fantasy XIV Celebrates the New Year
Next HTC mid-ranger specs leaked, likely to show up at CES 2015