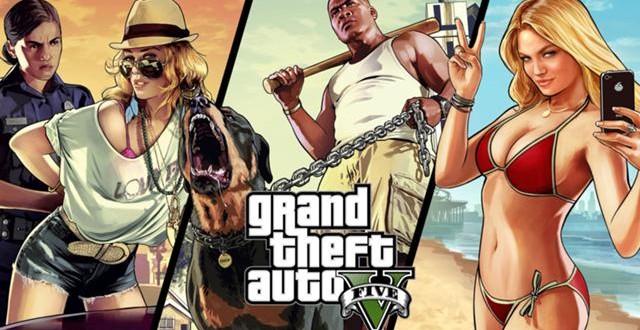 GTA 5 is scheduled to finally arrive on the PC later this month, but strangely enough, the system requirements have not yet been announced by publisher Rockstar Games. However, that doesn’t mean we’re completely in the dark when it comes to them. Both the minimum and recommended PC specs have recently leaked online, which means that they are now available for all to see. Admittedly, we can’t be sure that this is the real deal seeing as how they haven’t been confirmed by Rockstar, so make sure you take this with a pinch of salt. But if they do turn out to be true, you might wanna consider upgrading your machine if you want to play GTA 5 in all of its glory as the recommended specs are quite taxing.

So, can you run it? It’s worth pointing out that a bunch of games that require even more powerful hardware have been released in 2014, so these requirements are not necessarily to crazy. However, this is a game that first came out back in 2013 and was able to run on the last generation of consoles without any problems. The reason why GTA 5 PC is more taxing has something to do with all the improvements made by Rockstar in the meantime. We’re talking about better resolution and graphics quality, increased draw distances, more realistic weather and damage effects, as well as a variety of new assets. All these improvements are bound to take their toll on the hardware. But as mentioned, these leaked system requirements fall into the rumor category for now, so take it for what it is. We’ll let you know as soon as Rockstar announces the official specs. GTA 5 will arrive to the PC on January 25th.

I’m Load The Game’s co-founder and community manager, and whenever I’m not answering questions on social media platforms, I spend my time digging up the latest news and rumors and writing them up. That’s not to say I’m all work and no fun, not at all. If my spare time allows it, I like to engage in some good old fashioned online carnage. If it’s an MMO with swords and lots of PvP, I’m most likely in it. Oh, and if you’re looking to pick a fight in Tekken or Mortal Kombat, I’ll be more than happy to assist! Connect with me by email markjudge (@) loadthegame.com only
@@MarkJudgeLTG
Previous Android Lollipop Alpha ROM for OnePlus One now available to download
Next PlayStation Network Thank You Offer