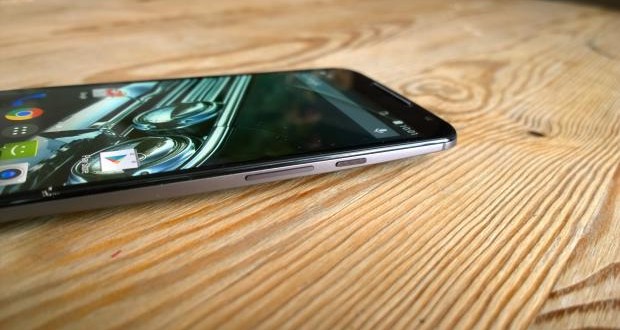 The 64 GB Moto X Pure Edition is now up for grabs, although it does have quite the price tag on it. Nonetheless, the increased storage option offers fans of stock Android another take at one of the best devices from Motorola in 2014. The 64 GB Moto X Pure Edition will set you back $600, but I’m sure those of you who tend to abuse your storage space with games, videos, pictures, software, apps and various other media will be glad to have it.

Even though storage isn’t a big issue these days, seeing as cloud storage has become quite popular in the past year, in spite of scandals involving iCloud and other cloud storage platforms, the 64 GB Moto X Pure Edition definitely proves that people would rather have their files stored in a physical format, too. Those of you who are wary of the cloud and the threats it might pose, and are increasingly annoyed by all the bloatware and skinning on Android devices, will find that the 64 GB Moto X Pure Edition will be the perfect pick for them in case they haven’t already renewed their smartphone collection during the holidays.

The 64 GB Moto X Pure Edition can be called the successor of the 16 and 32 GB model and comes as an unlocked smartphone with no carrier bloat, save for some Motorola apps that most of you will find useful in the end. Stock Android is the most accurate description of the UI on the handset. The original Moto X as well as the Pure Edition are excellent devices to have and can compete with current flagships like the Galaxy S5, Xperia Z3, Apple iPhone 6 and others, especially since the price tag on them is well below flagship-prices around the world. If you are one of those people who prefers physical storage instead of the mighty cloud, the 64 GB Moto X Pure Edition should be a great pick.

The Moto X in general is a praised device of 2014, no wonder since it has great specs for an affordable price. If you’re new to the scene and don’t know much about Motorola’s flagship, here’s a rundown. Moto X specs include a 5.2 inch AMOLED display with a 1080*1920 resolution amounting to 424 ppi pixel density. Under the hood, the device is powered by a quad core Snapdragon 801 CPU with an Adreno 330 GPU and 2 GB RAM backing it up. You usually get either 16 or 32 GB storage, but with the now available 64 GB Moto X Pure Edition, you can get the most out of the device. You’ll also get a 13 MP camera with dual-LED flash on the rear and a 2 MP front camera. All those features are powered by a 2300 mAH battery which should be good for a day and a half of mixed use, fast charging included. Happy shopping!

My life-long dream has been to test out every gadget on the market! Considering the fact that I've rapidly destroyed almost every gadget I've had so far, I'm not inclined to owning something, so my ideal outcome would be to have a different gadget each month. I'm really into smartphones, wearables and tablets and I love Playstation and Xbox, I'm sure I'll beat you at your own game (after a month of training... or two)
Previous Microsoft Lumia 1330 spotted in new leaked image
Next Destiny will reportedly get its second major DLC pack in September

A plethora of devices are going to upgrade to Android Lollipop in the near future, ...