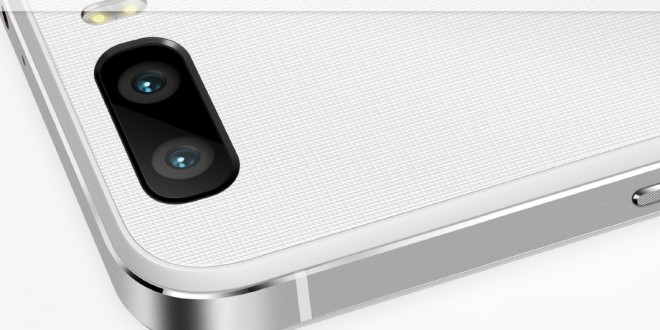 The Huawei Honor 6 Plus is now up for grabs worldwide

The dual camera-touting Huawei Honor 6 Plus is now up for grabs and you can get it for the reasonable price of $400. While many tech enthusiasts aren’t crazy about Chinese smartphones, Huawei has made a great case for itself this year, especially with the Ascend Mate 7. The Huawei Honor 6 Plus became pretty popular upon its announcement earlier in December, since the handset has a pretty neat camera setup.

You can buy the Huawei Honor 6 Plus from OppoMart, who is selling the 16 GB version of the unlocked handset for $400. You can only get the white model of the device at the moment, but that should be a great pick for many of you. I would have chosen the white model regardless of availability, to be honest. I like white smartphones. Circling back to the motives you would harbor to buy the Huawei Honor 6 Plus, the best feature of the handset is its camera setup. You will get two 8 MP sensors on the rear, dubbed “symmetrical dual camera technology” which will lend you phone fast response and focus time and variable aperture.

The Huawei Honor 6 Plus clearly aims to be an iPhone 6 Plus competitor, sporting a 5.5 inch display with a 1080p resolution, LTE, an octa core HiSilicon Kirin 925 CPU, 3 GB expandable storage and a massive 3600 mAH battery. For the price it is listed for, the Honor 6 Plus seems like a great investment and should definitely be worth a look. Do you think the phone is worth the money and the shipping or do you want to get your hands on the flagships of 2015 instead? Many people are gravitating towards Chinese smartphone makers like Meizu, Xiaomi and Huawei because they started offering great quality alternatives to expensive flagships for a fraction of the price. The stigma held against Chinese phones is starting to dilute and we should see these companies rising to the top in 2015.

My life-long dream has been to test out every gadget on the market! Considering the fact that I've rapidly destroyed almost every gadget I've had so far, I'm not inclined to owning something, so my ideal outcome would be to have a different gadget each month. I'm really into smartphones, wearables and tablets and I love Playstation and Xbox, I'm sure I'll beat you at your own game (after a month of training... or two)
Previous Galaxy Note 3 Android 5.0 Lollipop leaked, you can get a taste now
Next LG G Flex 2 confirmed for CES 2015