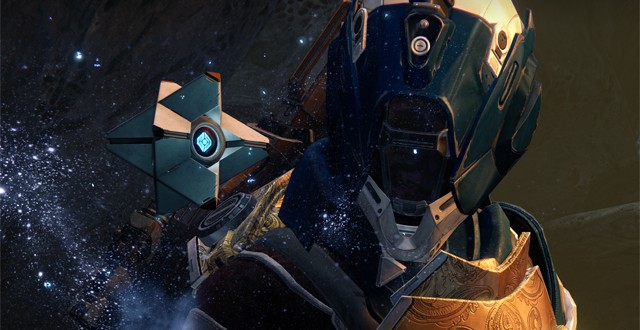 Destiny will reportedly get its second major DLC pack in September

Bungie seem to want to keep Destiny around for a long time and have already planed a number of new DLC packs that will arrive later this year. Actually, one of them will apparently only be released much, much later this year in September. Needless to say, 2015 has only just begun so we’ll have to wait several more months before we’ll be able to experience some of the new content. This information comes via a recently surfaced image that was allegedly taken at an internal Bungie meeting. The picture is quite blurry, but it does seem to show some of the upcoming DLC packs for Destiny, along with their names and release windows. We can’t confirm that this picture is what it seems, so make sure you take this with a healthy pinch of salt for now.

So, what are we looking at exactly? Well, we can see the previously announced House of Wolves DLC and it seems that its release date will be March 10th. Next off, the second major Destiny DLC will arrive sometime during September if the picture is anything to go by. This new expansion will apparently go by the name of Comet: Plague of Darkness and will be sold on disc. This is a bit unexpected, to say the least, considering that DLCs are usually available as digital downloads. This could mean that we might be looking at an old school expansion pack that features so much new content that it needs its own separate disc. However, this seems very unlikely considering that companies don’t really do that anymore. Instead, Comet: Plague of Darkness will probably be bundled with the main Destiny game and released as some sort of special edition.

Finally, the image also shows that after Comet, two more DLC packs will be released and Bungie already came up with some names for them, although they might not be final for all we know. Again, the imagine is very blurry, but it does seems to read something along the lines of Episode 3: “The Vex” and Episode 4: “Forge of Gods.” Bungie previously stated that they had big plans for the future of Destiny and it looks like they definitely weren’t kidding. Still, do make sure to place this in the rumor category for now, at least until we are able to learn some more details about these new DLC packs.

I’m Load The Game’s co-founder and community manager, and whenever I’m not answering questions on social media platforms, I spend my time digging up the latest news and rumors and writing them up. That’s not to say I’m all work and no fun, not at all. If my spare time allows it, I like to engage in some good old fashioned online carnage. If it’s an MMO with swords and lots of PvP, I’m most likely in it. Oh, and if you’re looking to pick a fight in Tekken or Mortal Kombat, I’ll be more than happy to assist! Connect with me by email markjudge (@) loadthegame.com only
@@MarkJudgeLTG
Previous 64 GB Moto X Pure Edition now available for purchase for Stock Android lovers
Next Alleged Half-Life 3 teaser website warns about Black Mesa disaster