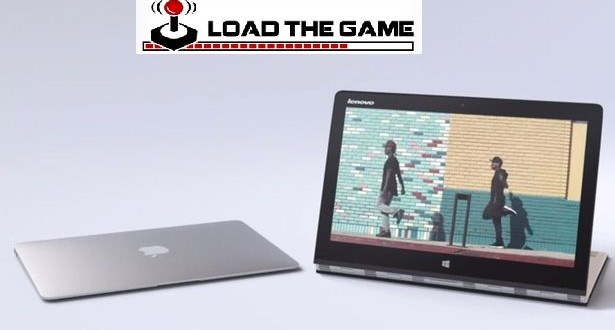 The iPad Air 2 is the latest gadget released by Apple and while the slate is a basic tablet with no extra functions, some say it can actually compete with massive convertible tablets like the Microsoft Surface Pro line and the Lenovo Yoga Pro line. Today, we are going to put that assumption to the test and see how the iPad Air 2 specs, price and performance compare to the latest convertible from Lenovo, the Lenovo Yoga 3 Pro.

Even though comparing a big slate with an average convertible might seem like a bad idea, I’m all for diversity in options and a lookout for bang for buck. Consequently, I would rather compare the pricey and powerful iPad Air 2 to the Lenovo Yoga 3 Pro than to the Nexus 9, which has proven less impressive than we had hoped. In case some of you think this is unfair, you should know that I don’t necessarily set tablets and convertibles apart from each other because I look for the most functionality in both categories, and if the bang for buck is better, I would rather span out the extra dough for the convertible than buy a cheaper slate that will perform marvelously but won’t offer me the same practical value.

The iPad Air 2 design doesn’t differ from its predecessor, save for the slimmer and lighter body and a gold option when it comes to color schemes. You get an aluminium chassis, with a 9.7 inch display, measuring 240*169.5*6.1 mm and weighing 437 grams. The slate is definitely among the lightest and slimmest ones on the market so you’ll definitely be getting a compact device with a premium build.

The Lenovo Yoga 3 Pro is quite larger, packing a 13.3 inch display and measuring 13.3’*9’*0.’5 inches while weighing around 1.2 kg. Definitely a beefy device compared to the iPad Air 2. What stands out about the Yoga 3 Pro is its design, because it features a rotating watch hinge that allows you to use the device in any kind of mode you would like to. You can hide the keyboard and use it as a tablet, as a tent, stand, or use the keyboard and variate viewing angles. It’s the most versatile device I’ve ever laid eyes on and I honestly love the metallic watch hinge. Not to mention the aluminium design.

The iPad Air 2 features a 9.7 inch display with a 1536*2048 resolution adding up to 264 ppi pixel density. The LED-backlit IPS LCD panel on the slate will make your experience as immersive as possible. The Lenovo Yoga 3 Pro display is quite larger, measuring 13.3 inches. You’ll get a QHD resolution of 3200*1800 that adds up to 299 ppi pixel density. Even though the Yoga 3 Pro’s display is brighter and sharper, and packs just a few more pixels, the iPad Air 2 display remains my favorite.

When it comes to hardware, the iPad Air 2 specs include a 64 bit Apple A8X CPU backed by 2 GB RAM and either 16, 64 or 128 GB internal storage, with no microSD card slot. The Lenovo Yoga 3 Pro makes use of the Intel Core M CPUs which allow for a fanless design and can support up to 8 GB DDR3L RAM. In spite of that possibility, the Yoga 3 Pro still has a small fan just in case. Even though the performance of the Yoga 3 Pro might be outdone by the Surface Pro 3, it certainly remains a powerhouse.

The iPad Air 2 sports a 27.3 Wh battery which Apple says is good for 10 hours of battery life, but in real life, you won’t get more than 8 hours tops out of the slate. The Lenovo Yoga 3 Pro battery measurements are unclear, but tests revealed that it can hold out for just as much with mixed use, so it’s a winner when it comes to battery life. Lenovo devices are famous for the great battery lives.

Cameras aren’t really important in convertibles and tablets, but alas, it’s good to know that the iPad Air 2 camera is an 8 MP iSight camera on the rear which is pretty darn good and a 1.2 MP front camera. The Lenovo Yoga 3 Pro only has a 720p webcam, so you won’t be getting much footage with that to be honest.

Taking all these into consideration, I would call this match a tie between the iPad Air 2 and the Lenovo Yoga 3 Pro, because both offer great bang for buck and value.I would personally choose the Yoga 3 Pro because it’s huge and a lot more versatile, but the iPad Air 2 has great performance as well as a beautiful display. Even though the Yoga 3 Pro is the slimmest convertible on the market at the moment, the iPad Air 2 would be easier to lug around.Nonetheless, if we are to name a winner, we would go with the Lenovo convertible because it has a slightly better bang for buck.

You get a huge display, great performance and battery life, as well as a keyboard and desktop functions with Windows 8.1. iOS 8 is the most restrictive mobile OS out there, so that’s definitely a downside in my opinion. Regardless, OS is a matter of choice and preference, so choose wisely.

My life-long dream has been to test out every gadget on the market! Considering the fact that I've rapidly destroyed almost every gadget I've had so far, I'm not inclined to owning something, so my ideal outcome would be to have a different gadget each month. I'm really into smartphones, wearables and tablets and I love Playstation and Xbox, I'm sure I'll beat you at your own game (after a month of training... or two)
Previous Elite: Dangerous Server Causing Severe Issues
Next OnePlus One vs Huawei Honor 6 Plus – Cheap and powerful Chinese phablets

Microsoft will be a notable presence at the MWC this year, as there are tons ...