Breaking News
Home » Tech » HTC Desire 320 unveiled, not a big improvement over the 310 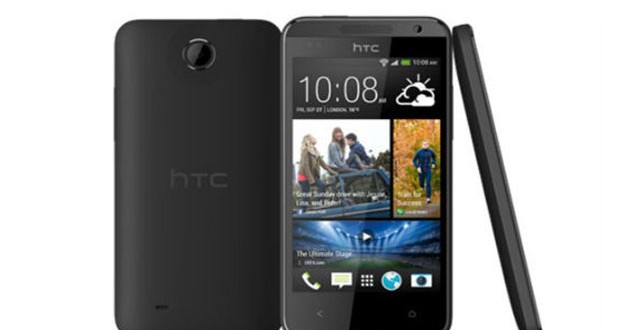 HTC Desire 320 unveiled, not a big improvement over the 310

Were you looking for an upgrade to your HTC Desire 310? Well, look no more because the HTC Desire 320 is here, although it’s not exactly much of an upgrade. A short while ago, the Taiwanese manufacturer unveiled the latest Desire handset while also detailing its specs and features. Some might argue that this is barely an improvement and that the device is strikingly similar to its predecessor, which is all true. The company apparently decided to stick with their guns and kept the old formula intact, with only few noticeable upgrades here and there for good measure. As such, the HTC Desire 320 yet again comes equipped with a 4.5-inch display with 480 x 854 resolution, and 218 pixel density.

Just like the HTC Desire 310, this new smartphone is also powered by a quad-core processor clocked at 1.3 GHz, 512 MB/1 GB of RAM, and 4GB/8GB storage depending on the model. Regardless of the variant, a microSD card slot is always included. It’s worth mentioning that the HTC Desire 320 has seen a slight improvement in terms of storage as its predecessor only had 4 GB and no other variants were available. The camera is again pretty much the same, namely a 5MP shooter with 1080p video capabilities, while the battery was bumped a little up to 2,100 mAh, which should translate to about 12 hours of talk-time. The HTC Desire 320 runs straight out of the box on the Android 4.4.4 KitKat operating system.

It goes without saying that this is a low-end smartphone and it doesn’t claim to be anything else. However, it’s a bit strange to see that HTC equipped it with little to no improvements despite the fact that it comes out one whole year after its predecessor was released. In any case, if you want to purchase the HTC Desire 320, it’s currently available for under $100, but only in Canada. The UK and other markets will follow as well in due time.

I’m Load The Game’s co-founder and community manager, and whenever I’m not answering questions on social media platforms, I spend my time digging up the latest news and rumors and writing them up. That’s not to say I’m all work and no fun, not at all. If my spare time allows it, I like to engage in some good old fashioned online carnage. If it’s an MMO with swords and lots of PvP, I’m most likely in it. Oh, and if you’re looking to pick a fight in Tekken or Mortal Kombat, I’ll be more than happy to assist! Connect with me by email markjudge (@) loadthegame.com only
@@MarkJudgeLTG
Previous Xbox One discount is no longer available, will gamers still find it appealing?
Next New iPad Pro leak hints at 12-inch display and very thin body