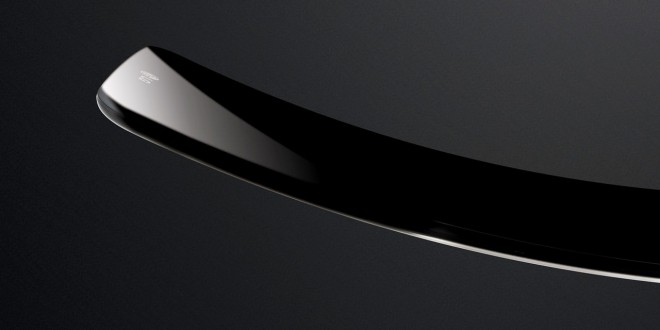 We should look under the hood of the LG G Flex 2 soon, since the posters don't tell us much at CES 2015

The LG G Flex 2 was sort of confirmed for a CES 2015 appearance last week, but at the show, posters of the flexible handset have officially confirmed that we will be seeing some bending action at the LG Booth this week. The LG G Flex 2 looks amazing in the posters and the design of the handset seems to be just a bit improved with thinner bezels and a more refined frame. Since the bending, flexing and morphing chassis of the phone is the most interesting part about it, we are looking forward to seeing it in action.

From the posters hanging in CES 2015 halls at the moment, we can tell that the LG G Flex 2 design has been inspired by the successful LG G4 and its thin bezels, which is definitely a positive mark for the handset. CES 2015 is the gathering spot for all the new releases in technology and sets the bar (pretty high) for upcoming 2015 gadgets. The posters showing off the flexible handset don’t reveal much aside from the design of the handset, and while we can see some improvements, it seems this time we will be checking under the hood to see the real upgrades.

Qualcomm showed off a teaser photo of the LG G Flex 2 a few days ago, hinting that the phone will use a Snapdragon 800 CPU. Later, we found out that the CPU manufacturer meant a chipset in the Snapdragon 800 “series”, sources stating the indestructible handset will make use of the 64 bit Snapdragon 810 processor. Even though the flexible qualities of the original LG G Flex were not that handy, its successor should definitely pack something new. Rumors say the curved smartphone will have a hard-rubber chassis and an upgraded self-healing coat, so we’re curious to see those in action. According to unofficial sources, LG G Flex 2 specs include a 5.5 inch 1080p display and around 2 GB RAM and 16 GB internal storage. Android 5.0 Lollipop is a must this time of year, so we are hoping to see some Material Design on the phablet, too.

My life-long dream has been to test out every gadget on the market! Considering the fact that I've rapidly destroyed almost every gadget I've had so far, I'm not inclined to owning something, so my ideal outcome would be to have a different gadget each month. I'm really into smartphones, wearables and tablets and I love Playstation and Xbox, I'm sure I'll beat you at your own game (after a month of training... or two)
Previous Archos 50 Diamond and cheap tablets announced ahead of CES
Next Nvidia Tegra X1 superchip: it will be making cars awesome