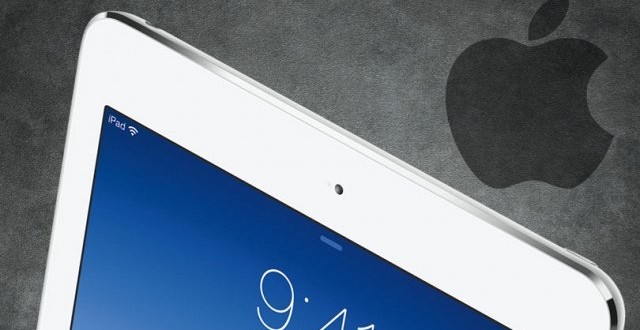 Apple has been rumored to be working on the iPad Pro for a long time now, but so far there has been little evident to back this up this claim. Recently though, a leak that seems to be more believable than most has revealed that the device is indeed in the works and that it might even launch sooner than we think. Although the leak doesn’t mention a possible release date, it does provide an alleged picture of the upcoming iPad Pro, along with a couple of interesting details regarding the tablet. The reason why this seems to be more than just a mere rumor is because somebody over at Foxconn of all companies apparently spilled the beans. Foxconn has been assembling various devices for Apple for the longest time, so they should be considered a reliable source, if the leak truly came from them that is.

The actual picture and details were unveiled by French website “Nowhere else“, which has a very good track record when it comes to Apple leaks. The site claims that the iPad Pro will be a very thin device, measuring anywhere between 6.9 and 7.5 mm. Moreover, the display is believed to be quite big, at around 12-inches, possibly even close to 13. Most of the other specs are unknown at this time, but rumor has it that the iPad Pro might in fact be the long-rumored iPad Air Plus. If that’s the case, we should also be looking at an Apple A9 processor on board.

Word on the street is that the Cupertino-based company is developing this huge tablet in response to Samsung and their Galaxy Tab Pro. Even though we did mention that the source is generally considered to be reliable, make sure to take all of this with a grain of salt for now. In the meantime, make sure to check out the image below which depicts what it believed to be the Apple iPad Pro.

I’m Load The Game’s co-founder and community manager, and whenever I’m not answering questions on social media platforms, I spend my time digging up the latest news and rumors and writing them up. That’s not to say I’m all work and no fun, not at all. If my spare time allows it, I like to engage in some good old fashioned online carnage. If it’s an MMO with swords and lots of PvP, I’m most likely in it. Oh, and if you’re looking to pick a fight in Tekken or Mortal Kombat, I’ll be more than happy to assist! Connect with me by email markjudge (@) loadthegame.com only
@@MarkJudgeLTG
Previous HTC Desire 320 unveiled, not a big improvement over the 310
Next LG G Flex 2 officially announced, 5.5-inch display and Snapdragon 810 confirmed