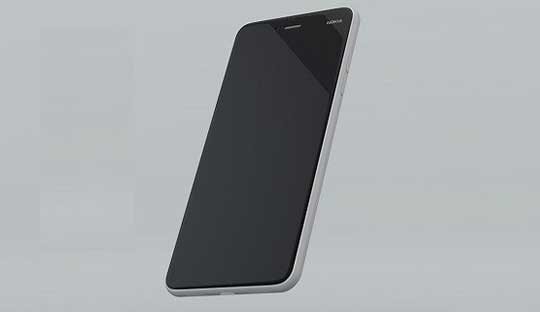 The Nokia C1 should be pending announcement

Even though Nokia can’t do any manufacturing until 2016 as per the contract with Microsoft, the company is still prepping the Nokia C1 phablet for a launch this year. As usual, Foxconn will be making the handset for the Finnish company and from a series of leaked renders of the phone, we are looking at a pretty attractive device. I might be biased here, since I’m a huge Nokia fan and love flat, rectangle-shaped phones, but my opinion is that the Nokia C1 is a design-win.

Minimalist and simple, the Nokia C1 renders show off a massive device with thin bezels and the revered Nokia Z Launcher on top of Android. It seems that the handset will be made available in two versions. one running Windows and another running Google’s own Android 5.0 Lollipop. According to the render images, the Nokia C1 will run on an Intel quad core CPU clocked at 2.4 GHz, backed by 2 GB RAM and an Intel Mobile HD GPU. The storage variants available will supposedly be 16 GB, 64 GB or 128 GB, which is a bit odd, since so far, only Apple has implemented a 128 GB option in their phones.

The display on the handset will be a 5 inch one with a 192091080 resolution LED-backlit IPS panel, similar to what we’ve seen on the iPhone 6 and iPhone 6 Plus. The camera setup on the flagships is impressive, measuring 20 MP on the rear and 5 MP on the front. One of the odd things about the renders is that it mentions that the Android 5.0 Lollipop-running Nokia C1 will have 3GB RAM, one GB more than on the Windows version. While we are not entirely sure how real these renders and spec sheets are, we would sure love it if they turned out to be so. While we don’t know pricing and availability for the phone, sources say an announcement should be coming our way from Nokia and Foxconn in the first few months of the year.

My life-long dream has been to test out every gadget on the market! Considering the fact that I've rapidly destroyed almost every gadget I've had so far, I'm not inclined to owning something, so my ideal outcome would be to have a different gadget each month. I'm really into smartphones, wearables and tablets and I love Playstation and Xbox, I'm sure I'll beat you at your own game (after a month of training... or two)
Previous CoD: Advanced Warfare surpasses Assassin’s Creed: Unity and GTA 5 in UK 2015 charts
Next Apple Watch should be launched earlier than expected