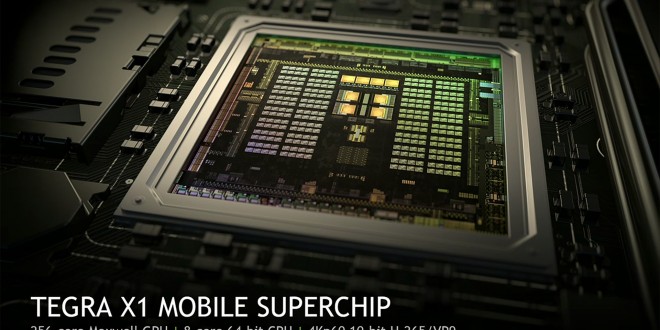 Nvidia Tegra X1 superchip: it will be making cars awesome

Nvidia has made it clear at CES 2015 that it would be the first to unveil something revolutionary: the NVIDIA Tegra X1 superchip. The powerful processor is designed to be used in car systems and it has a wonderful infotainment system that should blow people’s minds. Jen-Hsun Huang, CEO of Nvidia, announced the chipset last night and boasted with the fact that it is an industry-first using a teraflop of processing power.

The CEO also pondered upon future smart cars Nvidia is planning and the Nvidia Tegra X1 is a crucial part of that endeavor. Even though the superchip is designed for cars, that doesn’t make its use exclusive to them, the company demoing its power on tablets at CES 2015. The performance of the chipset is admirable, being capable of supporting 4K video decoding at 60 fps and will be setting the par for UHD playback this year. The Nvidia Tegra X1 comes with a 256-core Maxwell GPU, so it’s not wonder it handles it so well. When broken-down, the chipset bears an eight-core CPU alongside the awesome Maxwell GPU and proves itself as one of the fast mobile processors in the world and the first of its kind.

The chipset is supposed to be very power efficient, even when running complex 3D demos like the Unreal Engine 4 “Elemental” one, which CEO demonstrated at the unveiling event at CES 2015. Since the chipset is mainly designed for in-car use, we could see partners of the company like Audio using the chip and Nvidia’s own Drive CX and Drive PX in future vehicles. The infotainment system from Nvidia using the Nvidia Tegra X1 chipset is the more fascinating part of this release, though. The system uses five main areas: music and in-car controls, smartphone integration, camera feeds and navigation.

The infotainment system is mainly based on 3D navigation, split-screen viewing and great animations. Even though the system is not yet completely functional and finished, we should see it being used in cars this year. The Verge has a video report about the infotainment system based on the superchip, which you can check out below. When it comes to mobile computing, the Nvidia Tegra X1 chipset should be a stepping stone in provessing power and should land in smartphones and tablets in the first half of 2015.

My life-long dream has been to test out every gadget on the market! Considering the fact that I've rapidly destroyed almost every gadget I've had so far, I'm not inclined to owning something, so my ideal outcome would be to have a different gadget each month. I'm really into smartphones, wearables and tablets and I love Playstation and Xbox, I'm sure I'll beat you at your own game (after a month of training... or two)
Previous The LG G Flex 2 looks great in the posters at CES 2015
Next CoD: Advanced Warfare surpasses Assassin’s Creed: Unity and GTA 5 in UK 2015 charts