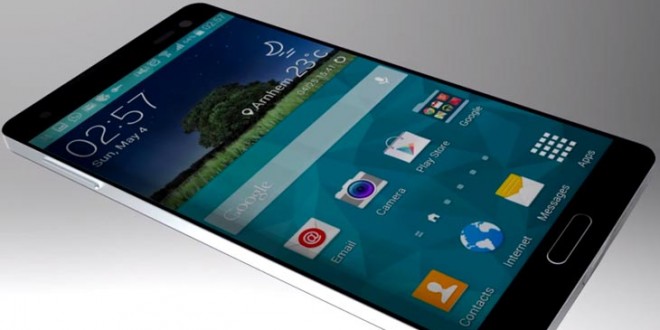 The Samsung Galaxy S6 flagship is supposed to end up being one of the biggest flagships of 2015 in terms of popularity. Leaks of the handset haven’t been to revealing nor satisfying so far, but we can’t abandon all hope until the phone is actually unveiled so we can see how the South Korean smartphone giant managed to cope with Project Zero. Project Zero is the code-name for the Samsung Galaxy S6 and it hints at the fact that the company wanted to start from scratch with this one since the Galaxy S6 was a design-miss criticized by many.

A CES 2015 (Consumer Electronics Show) appearance is more than likely for the flagship, although most attendees of the event might not get a chance of a hands-on with the Samsung Galaxy S6. Reportedly, Samsung will be showing off the flagships, as well as an edge-variant of it at the show, but the only ones who will get access to the presentation will be the partners of the project, such as carriers and accessory makers. While that might not be good news for the average smartphone-enthusiast, it still sheds light on the progress the company has made with the phone.

The handset and its edge-variant will probably be introduced and prototypes will get a chance to be tested by partners, which means that somebody in the showing rooms will get the chance to leak some information, and they’ll likely snatch the opportunity. That means that we should be expecting at least a few photos or specs to leak in the following few days. Until we can see the device for ourselves, let’s have a quick round-up of what we (think we) know so far.

The latest Samsung Galaxy S6 leaks include a KNOX video showing off a device with thin bezels and a metal chassis. Another leaked photo series shows off the metal chassis, rear camera and battery unit of the flagship. From what we can tell from unofficial information, the handset will sport either a 5.2 or 5.5 inch Super AMOLED display with a QHD resolution of 1440*2560, either a 16 MP or 20 MP rear camera. a beefy Snapdragon 810 CPU, Android 5.0 Lollipop with TouchWiz on top and probably a big battery over 3300 mAH in size. Regardless of the closed showing of the Samsung Galaxy S6, we are hopeful about the design, even though our last set of photos aren’t very enticing, demoing a device that isn’t much different from the hundreds of smartphones Samsung has already introduced to the public.

My life-long dream has been to test out every gadget on the market! Considering the fact that I've rapidly destroyed almost every gadget I've had so far, I'm not inclined to owning something, so my ideal outcome would be to have a different gadget each month. I'm really into smartphones, wearables and tablets and I love Playstation and Xbox, I'm sure I'll beat you at your own game (after a month of training... or two)
Previous Elder Scrolls Online Cuts 6 Month Subscription
Next LG G4 will not appear at CES, but it will at MWC