Breaking News
Home » Tech » Asus ZenFone Zoom: so this is what the teaser was all about 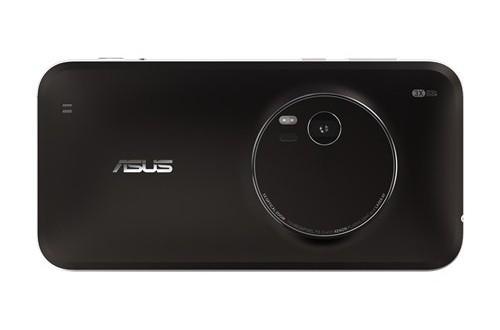 Asus ZenFone Zoom: so this is what the teaser was all about

Asus was quite the presence at CES 2015 yesterday, with two major announcements: the Asus ZenFone 2 and the Asus ZenFone Zoom, a smartphone that might just be inspired by the Lumia 1020 of last year. It certainly looks the part and plays the role of a camera-centered smartphone, which seems to be a rising trend in the past couple of weeks. While many of you might be skeptical about Asus’ camera technology in phones, the Asus ZenFone Zoom is quite the feat, packing a few nifty features you don’t often see in smartphones.

Since most of us can agree that MP count isn’t all there is to a good camera, Asus emphasized that with the new Asus ZenFone Zoom and its really impressive features like 3x optical zoom. Yes, we are talking about a smartphone, not a compact camera, but you might want to band the two together for Asus. The Taiwanese company teased the new camera-centered smartphone in a teaser video in December 2014, but we weren’t expecting something this reminiscent of the Lumia 1020. We initially thought that we would see a dual camera setup like on the HTC One M8, but it seems Asus took a different road with the ZenFone Zoom.

The Asus ZenFone Zoom features a 13 MP sensor on the rear with 3x optical zoom included, not to mention optical image stabilization which couldn’t have been omitted on such a smartphone. Asus borrowed the laser autofocus feature from the LG G3, too and the same dual LED Real Tone flash we can see on the Asus ZenFone 2. You also get a pretty beefy 5 MP camera on the front, which is the same wide-angle lens on the ZenFone 2. While the camera setup is admirable on the device, the Asus ZenFone Zoom brings quite a few great things to tablet otherwise, too.

Specs of the handset include a 5.5 inch display with a 1080*1920 resolution amounting to 403 ppi pixel density, the same panel as on the ZenFone 2. What’s more is that the similarities between the two newly launched flagships don’t end here. The innards of the Asus ZenFone Zoom are the same as they are on the ZenFone 2. You get a 64 bit Intel Atom Z3580 CPU backed by either 2 or 4 GB RAM, and we’ll have 16, 32, 64 and even 64 GB of internal storage available, with a microSD card slot included. Android 5.0 Lollipop with ZenUI are running the show, all of it backed up by a 3000 mAh battery, which might be a bit small for the big display and powerful camera.

The Zoom is also taller, wider and a bit thicker than the ZenFone 2, but it doesn’t look as annoying as the Lumia 1020 with the protruding camera. Great job Asus this year! The handset should be released sometime in March or April 2015, possibly alongside the ZenFone 2. If you are considering the Asus ZenFone Zoom, its price is set as $400, most probably for the 2 GB RAM model, which is still a great price for a powerful camera-smartphone.

My life-long dream has been to test out every gadget on the market! Considering the fact that I've rapidly destroyed almost every gadget I've had so far, I'm not inclined to owning something, so my ideal outcome would be to have a different gadget each month. I'm really into smartphones, wearables and tablets and I love Playstation and Xbox, I'm sure I'll beat you at your own game (after a month of training... or two)
Previous Asus ZenFone 2 phablet is the first with 4 GB RAM
Next Minecraft Name Change Feature On the Way 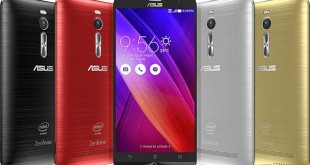