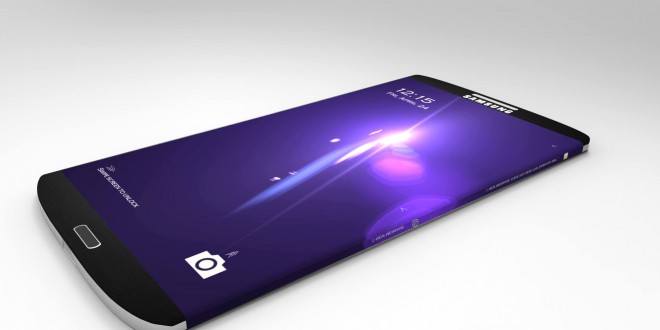 The Galaxy S6 Edge was sent to India for testing, revealing its price in the process

Many of you were hoping to get a glimpse of Samsung’s upcoming flagship for this year, the Galaxy S6, but even though somewhere in the depths of CES 2015 the phone was being shown to some elites, us regular people didn’t get a chance to check it out. Nonetheless, we did manage to find out that the flagship’s variant, the Galaxy S6 Edge should be arriving in India soon! Don’t get too excited, because Indian stores won’t be selling the innovative handset, rather they were sent there for testing.

The Galaxy S6 Edge should begin its testing in India this week, and we suppose it will involve durability and endurance tests, as well as compatibility and software testing. The South Korean company has had pretty good success with the Galaxy Note Edge and its hanging display, so we suppose they thought that a flagship with an edge display would be well received this year. Since the phone’s route to India has been exposed, we’ve managed to gather some data about the upcoming Samsung flagship.

According to the leaked data, the Galaxy S6 Edge carries model number SM-G925F and according to the import data, its price is $710, which is not steep at all considering the fact that rumors say the device will have a large QHD display and a hanging display, which cost almost $1000 on the Galaxy Note Edge. Since these are just import reports, we could argue that the price set for the device is the manufacturing price or the guarantee price or something similar. The Galaxy S6 Edge is supposed to be a redesigned copy of the official flagship and sport the same specs: a 64 bit Snapdragon 810 CPU, a 5.5 inch QHD display and either a 16 or 20 MP sensor on the rear. Most likely, both these handsets will debut at MWC 2015 in March.

My life-long dream has been to test out every gadget on the market! Considering the fact that I've rapidly destroyed almost every gadget I've had so far, I'm not inclined to owning something, so my ideal outcome would be to have a different gadget each month. I'm really into smartphones, wearables and tablets and I love Playstation and Xbox, I'm sure I'll beat you at your own game (after a month of training... or two)
Previous Mercedes self-driving car outfitted with high-tech sensors demoed at CES
Next PS4 sales quickly approaching 20 million units according to Sony