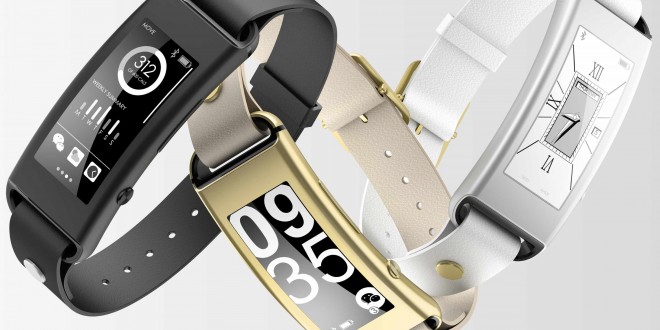 Lenovo was on fire yesterday at CES 2015 and one of my favorite devices introduced by the company was the Lenovo Vibe Band VB10, which is an E-ink smart watch of sorts that has an impressive battery life and an amazing price. It might just be my next tech acquisition, just because I can’t pass up such a bargain. That is, if it is made available in the US and Europe anytime soon, otherwise, it will be dust in the wind when it comes to the international tech community.

The Lenovo Vibe Band is the newest wearable in the industry, launched at CES 2015 and it’s actually a pretty neat device, even though it has a pretty standard design representative of fitness trackers. It merits your attention because its E-Ink display is quite bright and has great outdoor visibility, and its battery life is supposed to be around 7 days, which is nifty on a new wearable. While the Lenovo Vibe Band isn’t too impressive when it comes to design, it still features a stylish wristband and minimalist watch face which make it quite desirable. Still, the best part about the device is its price, which is set at $90.

Much like any other smart wearable device on the market, the Lenovo Vibe Band acts as a fitness tracker as well as a notification center so that you can check important notifications from either an iOS or an Android smartphone or a tablet. I think aside from the price and battery life, the most important trait of the tracker is that it can be used with both Apple and Android running devices. That means that Lenovo can tap into two types of markets: the Apple fans who prefer iOS and Android fans who prefer the customization of Google’s mobile operating system. The Lenovo Vibe Band release date is set for sometime in April. The wearable features Bluetooth connectivity, social media applications, activity trackers and sensors.

My life-long dream has been to test out every gadget on the market! Considering the fact that I've rapidly destroyed almost every gadget I've had so far, I'm not inclined to owning something, so my ideal outcome would be to have a different gadget each month. I'm really into smartphones, wearables and tablets and I love Playstation and Xbox, I'm sure I'll beat you at your own game (after a month of training... or two)
Previous LG Optimus L9 2 vs Motorola Moto E – Budget smartphones worth buying in 2015
Next HTC Desire 826 comes complete with Android 5.0 Lollipop and 64-bit CPU