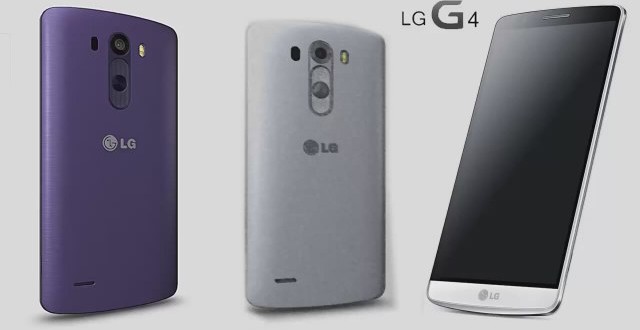 The LG G4 flagship may have been a no show at the CES 2015, but that doesn’t mean people aren’t talking about it. In fact, the Korean manufacturer itself was heard mentioning the upcoming handset by name during the event in Las Vegas. Ken Hong, Director of Corporate Communications has a few interesting things to say about the device even though he didn’t talked about its specs, price, or possible released date. Mister Hong did however revealed LG’s mindset when it comes to their next flagship and it seems like the company is definitely on the right track with this one. The director admitted that simply equipping the LG G4 with better specs than its predecessor will not spark the interest of too many customers.

Instead, mister Hong agrees that LG must do something “different” this time around if they want the phone to be truly successful. While he didn’t reveal any specific details, his statements sound very promising and hint that innovation will be the name of the game for the LG G4. “I think we will [experiment with our high-end phones]. I think we have to,” Ken Hong said in a recent interview with TrustedReviews. “If you look at the specs only, there are other competitors with similar-spec phones. How do you stand out in that pile if you’re not doing something different?” Interestingly, the director also dropped the LG G4 name at one point, although he also suggested that the name might not be final. “I don’t think we are going to be able to sit back and expect people are just going to fawn over the G4, or whatever the name will be, just because they liked the G3,”he added.

LG already managed to draw a lot of attention thanks to their CES 2015 unveiling of the LG G Flex 2. The follow-up to the 2013  model comes with improvements across the board and is already considered to be the first successful curved smartphone. Not only is the handset a bit smaller and pocket-friendly, but it also comes with an improved self-healing coating that can repair scratches in only 10 seconds at room temperature. Moreover, the LG G Flex 2 is also the first smartphone to officially wield the new Qualcomm Snapdragon 810 64-bit processor, which is also expected to be available on the LG G4. Long story short, the folks over at LG have already showed us that they can offer something unique and functional, at the same time. Hopefully, they will be able to impress us with the upcoming flagship as well. The LG G4 is expected to make its first official appearance this March at the MWC 2015.

I’m Load The Game’s co-founder and community manager, and whenever I’m not answering questions on social media platforms, I spend my time digging up the latest news and rumors and writing them up. That’s not to say I’m all work and no fun, not at all. If my spare time allows it, I like to engage in some good old fashioned online carnage. If it’s an MMO with swords and lots of PvP, I’m most likely in it. Oh, and if you’re looking to pick a fight in Tekken or Mortal Kombat, I’ll be more than happy to assist! Connect with me by email markjudge (@) loadthegame.com only
@@MarkJudgeLTG
Previous Asus Transformer Book T300 Chi is a direct competitor to the Surface Pro 3
Next Razer announces Android-based gaming console called Forge TV

LG G4 camera revealed in a tiny hands on

The LG G4 release date is set for April 28, when the new flagship from ...