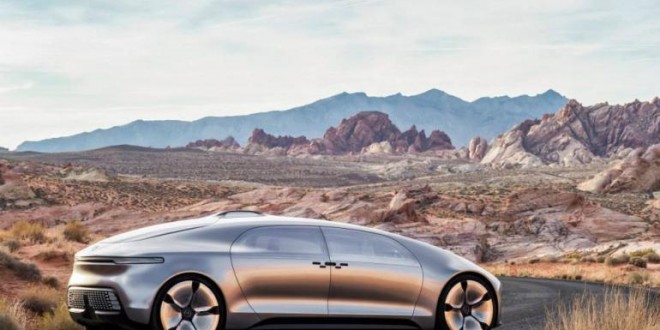 CES 2015 is not just a place for smartphones and wearables, but a place where any kind of technology can be demonstrated, including vehicles. As such, Mercedes’ self-driving car was introduced at the show and it has created quite the hype around itself, especially since people are getting more and more interested in self-driving cars like the one Google is prepping at the moment. The Mercedes self-driving car is something to feast your eyes on with a futuristic design that definitely looks like something out of this world.

The Mercedes self-driving car is being dubbed the F015 Luxury in Motion, and its moniker describes its features almost perfectly. If we were to describe the vehicle, we would say it is more similar to a carriage or a limousine, seeing as passengers will be sitting face-to-face inside, controlling the car with remote controls and even gestures. This vehicle is truly high-tech in my mind, although the luxurious side of it might be a bit redundant to those striving for the ultimate ecological vehicle. The car is outfitted with a steering wheel in case you want to drive it yourself, so it can act as a multifunctional vehicle, too. 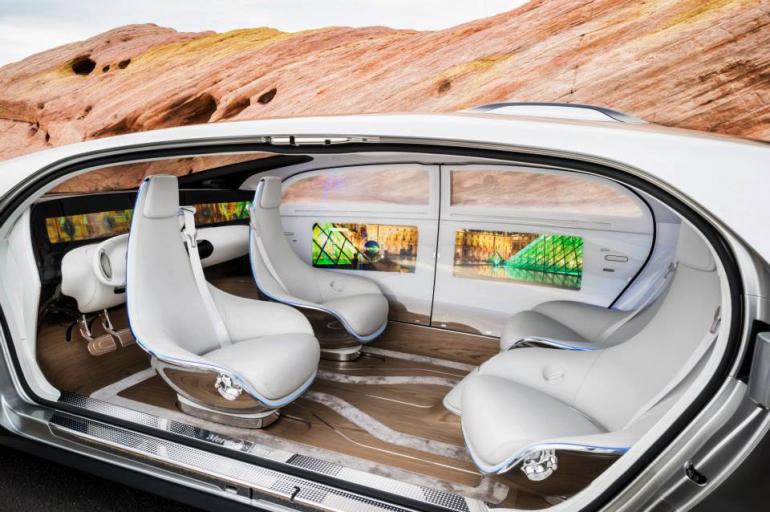 If you’re wondering what’s so high tech about the Mercedes self-driving car, you might be surprised to hear that the windows on the car can be used as displays and the touchscreen panels embedded in car doors let passengers interact with the outside. The gesture control system doesn’t only involve motion sensors and other standard equipment, rather the car will use eye-scanning and tracking technology to accurately understand various gestures.

The down-side of the Mercedes self-driving car is the fact that we probably won’t be able to get our hands on it, since it hasn’t been announced as a for-sale vehicle, and our guess is it won’t be anytime soon. Even though luxury vehicles are still a profitable niche, this innovative concept might be a bit over the top. The Mercedes self-driving car can notify passengers as well as passers-by about the state of the car, including whether it is on auto-pilot mode, whether it pedestrians can cross the street and can sense if someone or something pops in front of the car. In spite of not being a final prototype yet, the car offers great insight about how design and engineering will progress in the field of autonomous vehicles in the future. We might even see a luxury Mercedes-Benz carriage pop up on the streets in the next five years, although we’ll probably see a celebrity head popping up rather than the average tech enthusiast. 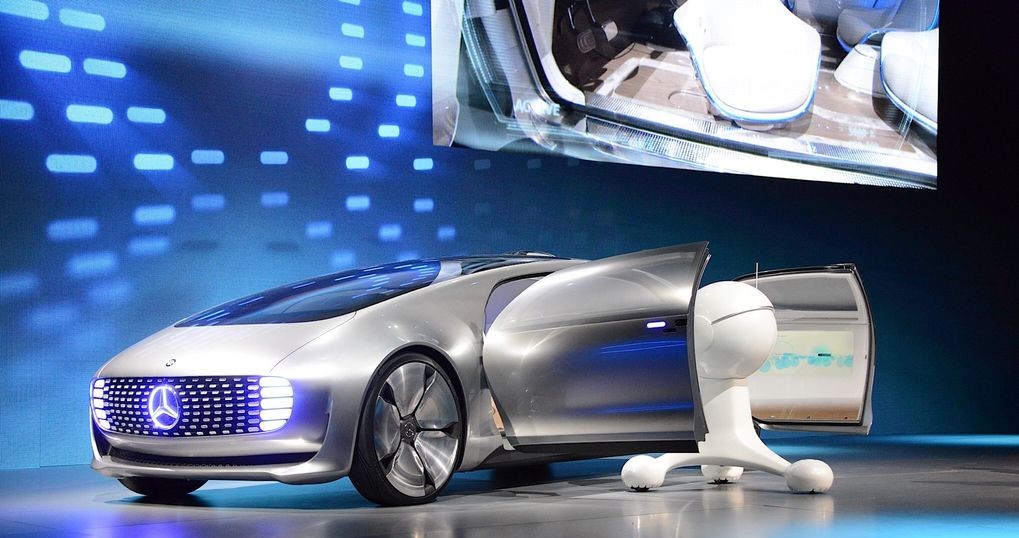 My life-long dream has been to test out every gadget on the market! Considering the fact that I've rapidly destroyed almost every gadget I've had so far, I'm not inclined to owning something, so my ideal outcome would be to have a different gadget each month. I'm really into smartphones, wearables and tablets and I love Playstation and Xbox, I'm sure I'll beat you at your own game (after a month of training... or two)
Previous HTC Desire 826 comes complete with Android 5.0 Lollipop and 64-bit CPU
Next Galaxy S6 Edge sent to India for testing, launch imminent at MWC