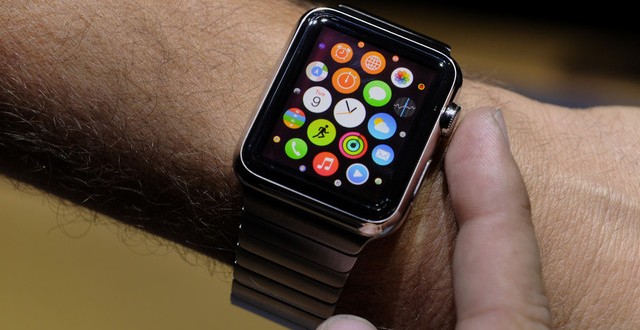 Apple Watch might be scheduled for a March release

Good news for those eagerly anticipating the Apple Watch. A new report claims that the Cupertino-based company has almost finished working on the device and will finally launch it sometime during late-March. The report also says that the software is pretty much ready to go, but Apple still has a bit of work to do on the hardware and is currently focusing on improving the smartwatch’s battery life and charging mechanism. The company is apparently not leaving anything to chance and is said to be preparing a training program aimed at employees who are working at their various stores. According to 9to5mac, this Apple Watch training program will take place between February 9-16 in a number of Apple offices from around the country.

The source mentions that although this is the “current plan”, unexpected delays are not out of the question so don’t mark your calendars just yet. Still, the company did say on multiple occasions that the Apple Watch will launch in early 2015, with Senior VP of Retail Angela Ahrendts even dropping a “spring” release window. Late-March would indeed coincide with that release window, so this report might actually be on to something here. All that being said, do make sure to take this with a grain of salt until we learn the official Apple Watch release date from the company itself.

Although the device was first announced back in September, very few specific details about it have been revealed so far. The price, however, has been known since the very beginning. A standard Apple Watch will set you back $350 while the Sport variant is expected to go for about $500. There is also a gold-plated model, which might end up costing no less than $5,000 according to several reports. Moreover, a luxury jewelry company even went as far as to announce a diamond-encrusted Apple Watch with a price tag of over $30,000. Needless to say, all the models come with the exact same features and the only difference between them will be the materials used.

I’m Load The Game’s co-founder and community manager, and whenever I’m not answering questions on social media platforms, I spend my time digging up the latest news and rumors and writing them up. That’s not to say I’m all work and no fun, not at all. If my spare time allows it, I like to engage in some good old fashioned online carnage. If it’s an MMO with swords and lots of PvP, I’m most likely in it. Oh, and if you’re looking to pick a fight in Tekken or Mortal Kombat, I’ll be more than happy to assist! Connect with me by email markjudge (@) loadthegame.com only
@@MarkJudgeLTG
Previous Evolve’s Next PS4 Test Begins January 17th
Next All Destiny players will receive a free Legendary item this week