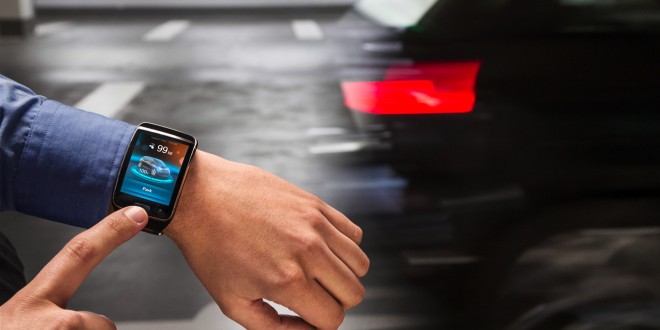 Autonomous cars are getting more and more popular, various companies trying to catch up to Google’s attempts, and they are progressing fast. The newly unveiled self-driving BMW i3 series gathered quite the crowd at CES 2015 showing off a couple of cars that might be better drivers than me. Let me rephrase that: they already are better drivers than I am, even though they haven’t been launched yet. In any case, the self-driving BMW i3 series is the newest endeavor in autonomous vehicles lining up to Google’s car, as well as Mercedes‘ self-driving model, too.

Since high-speed chases and drifting aren’t exactly real-world uses of a self-driving car, unless you want to organize some kind of twisted race where you would bet on car manufacturers rather than drivers, introducing smart parking and collision avoiding seems to be a rather good idea. This time, the German automaker demonstrated how their autonomous vehicles were able to avoid collisions no matter what angles they were coming from and how to park like a professional. The cars relied on four laser scanners placed on each of their sides, rear and front in order to perform accurate scanning of their environments. You can check out how it’s near-impossible to crash these cars in The Verge’s hands-on video below.

The self-driving BMW i3 series aims to keep track of roads and remember fixed obstacles for some time so that they can avoid colliding with them in the future. These cars are extremely self-aware and can picture themselves within their environment, thus being able to accurately map their surroundings. The sensors aren’t yet developed enough to function correctly at high speeds, but the car can still maintain a safe driving experience, being able to stop if objects are in sight. The self-driving BMW i3 can use maps and GPS if available in order to park in a controlled environment, but the company is planning to improve that strategy in the future.

You can use a smartwatch application to tell the self-driving BMW i3 to park or come and pick you up from where you left it. From what we can understand, the car can find a parking spot on its own, although all the demoes were done in controlled environments, so we’re not sure if it would find a parking space in Las Vegas close to CEs 2015 this time of the year on its own. It might just park itself on the zebra.

Even though the technology seems pretty well-developed, self-driving BMW i3 series won’t be on the streets soon. The German company is still working on perfecting its highly autonomous vehicles and plans to release the software and hardware necessary later on. While we can’t say when that will happen, it certainly is an exciting future to imagine having. We think that if Google and Mercedes can do it, BMW will be on board soon enough.

My life-long dream has been to test out every gadget on the market! Considering the fact that I've rapidly destroyed almost every gadget I've had so far, I'm not inclined to owning something, so my ideal outcome would be to have a different gadget each month. I'm really into smartphones, wearables and tablets and I love Playstation and Xbox, I'm sure I'll beat you at your own game (after a month of training... or two)
Previous Oppo U3: optical zoom and a super-slim body
Next Sony Xperia Z4 said to come in both FHD and QHD display versions