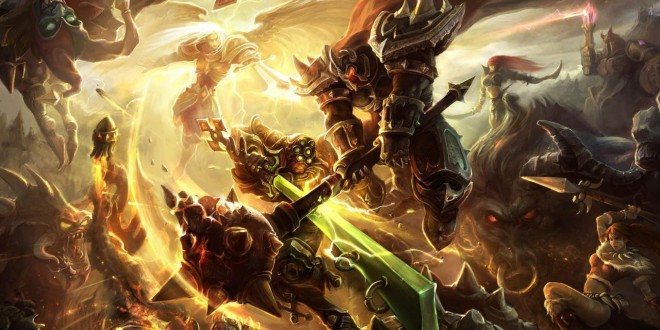 League of Legends is definitely one of the biggest MOBA titles out there. Now, players of the game who attend the University of Pikeville in Kentucky may be able to earn scholarships for playing the popular title.

A private, liberal arts college, University of Pikeville will be offering “at least 20 scholarships” to League of Legends players. These League of Legends players will be treated like other student athletes. University of Pikeville media director Bruce parsons had this to say: “They’ll have to have a certain GPA. We’ll look at them like student athletes. There will be practice time and video time when they have to study other teams for upcoming competitions.” According to Parsons, the university’s League of Legends team will begin official tournament competition shortly after the start of the fall term.

The University of Pikeville is not the first college to offer a scholarship for e-sports. Last year, Robert Morris University in Chicago offered a scholarship for competitive gaming. The e-sports team were given their own facility to practice. Their first competition had began on October 18th of last year. These scholarships come at a time when e-sports is on a definite rise. Last year, the Dota 2 International was televised on the lesser ESPN networks. This can a potential revenue stream for the increasingly large number of universities that are in danger of losing control over their other revenue-generating sports programs. The International last year had reached a prize pool of $10 million, and may raise even more this year.

I’m Load The Game’s co-founder and community manager, and whenever I’m not answering questions on social media platforms, I spend my time digging up the latest news and rumors and writing them up. That’s not to say I’m all work and no fun, not at all. If my spare time allows it, I like to engage in some good old fashioned online carnage. If it’s an MMO with swords and lots of PvP, I’m most likely in it. Oh, and if you’re looking to pick a fight in Tekken or Mortal Kombat, I’ll be more than happy to assist! Connect with me by email markjudge (@) loadthegame.com only
@@MarkJudgeLTG
Previous Preparations for the Dota 2 The International 5 have already begun
Next Elite: Dangerous Players Try to Chart Out Galaxy