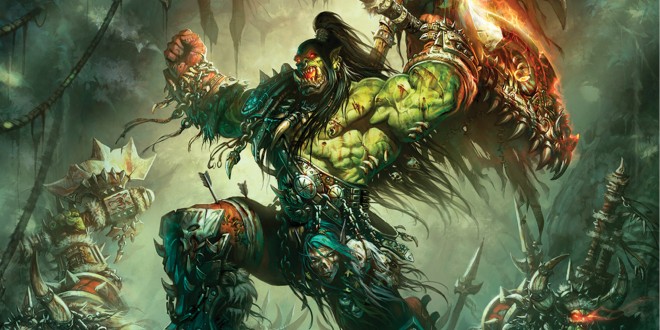 Warcraft will be receiving a film adaptation in 2016. Though the movie has no plans for a sequel, there is the possibility for one according to director Duncan Jones.

In an interview, Jones was asked if there were any plans of making a second movie to help tell the game’s story. His response was this: “I know that my job in this first film is to establish certain characters, places and culture while telling a story that a broad audience can be excited by! Hopefully, if I have done my job right, people will want to know and see more! There is certainly plenty more to tell!…I would love to be part of that process of expanding on the lore that makes up Warcraft, but it will depend on what you, the audience, think of our first film!”

Based upon the popular franchise, Warcraft will tell the origin story of the initial encounter between the humans and the orcs. There will be an emphasis on both the Alliance’s and Horde’s side of the conflict, with the film taking place in a number of locations from the video game series. The film will star Travis Fimmel, Toby Kebbell, Dominic Cooper, and Paula Patton. Production of Warcraft was announced in 2006, but Jones was not attached to the project until 2013. In late 2013, concept art for the film was released, with Jones announcing that the plot will focus on the first meeting between the humans and orcs. He has stated that the film will likely be PG-13, but that this would not keep the movie from being dark and serious. The film will mix computer generated imagery and live-action, with orcs being physically portrayed by actors to make them as emotive as the human characters. Filming for the movie began on January 13, 2014, and finished on May 23rd.

I’m Load The Game’s co-founder and community manager, and whenever I’m not answering questions on social media platforms, I spend my time digging up the latest news and rumors and writing them up. That’s not to say I’m all work and no fun, not at all. If my spare time allows it, I like to engage in some good old fashioned online carnage. If it’s an MMO with swords and lots of PvP, I’m most likely in it. Oh, and if you’re looking to pick a fight in Tekken or Mortal Kombat, I’ll be more than happy to assist! Connect with me by email markjudge (@) loadthegame.com only
@@MarkJudgeLTG
Previous Elite: Dangerous Players Try to Chart Out Galaxy
Next PlayStation Vue Slated for Early 2015 Release

Blizzard officially confirms that the Titan MMORPG is cancelled

BlizzCon is drawing closer and closer and if you were planning to attend Blizzcon 2014 ...