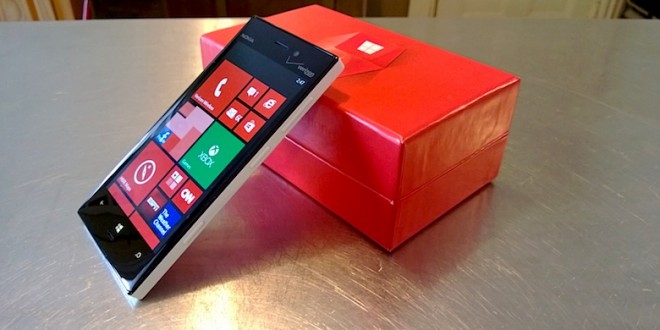 The Lumia 928 price is currently cut at Amazon and Verizon, and so is the Lumia 925 price

The Lumia 928 price wasn’t very high until now, but Amazon and Verizon decided to slash them even more so that the Windows-touting high-end smartphone would end up in more tech enthusiasts’ hands. Lumia 928 price was around $450 before, but now you can get your hands on a black or white version of the handset at Verizon for only $240, albeit refurbished. Amazon has an even bigger and better Lumia 928 price slash for you: $275 for a new handset. Or zero down with a contract, if you’re into that sort of thing.

The Lumia 928 is a pretty admirable Windows Phone which was recently updated with Lumia Denim bringing new features to the handset. If you are truly interested in such a great deal, you should know that the best features of the handset are the 8.7 MP camera equipped with a Zeiss lens, optical image stabilization and a xenon flash. If that MP count is bringing you down, consider this: all the hardware as well as the high quality lens will make for better photos than those you take with a Galaxy S5 in most people’s opinion. Since most of us aren’t professional photographers, we won’t conclude such a thing as being an ultimate truth, but it isn’t false either.

If the Lumia 928 price hasn’t sparked your attention, you should also know that Amazon has another Lumia on offer, namely the Lumia 925, which can be had for $262, yet another good deal. If you think the Lumia 928 price is still a bit high going blindly into the deal, let me share some specs with you so that you can make a documented and educated decision of taking or not taking advantage of the slashed price offering at Amazon and Verizon.

The Lumia 928 comes with a 4.5 inch AMOLED display with a 768*1280 resolution adding up to a decent 332 ppi pixel density. You get a Snapdragon MSM9860 dual-core CPU with 1 GB RAM and 32 GB internal storage on board, as well as the already mentioned camera paired with a 1.3 MP front shooter. The Lumia 928 supports wireless charging and has a 2000 mAh battery running the show, so if you are into smartphone photography but would like a pretty powerful phone, too, without spending a load of cash, this deal might be perfect for you.

My life-long dream has been to test out every gadget on the market! Considering the fact that I've rapidly destroyed almost every gadget I've had so far, I'm not inclined to owning something, so my ideal outcome would be to have a different gadget each month. I'm really into smartphones, wearables and tablets and I love Playstation and Xbox, I'm sure I'll beat you at your own game (after a month of training... or two)
Previous iPhone 7 release date postponed indefinitely, iPhone 6s coming instead
Next Evolve Xbox One beta lets you play as Wraith if you pre-purchase