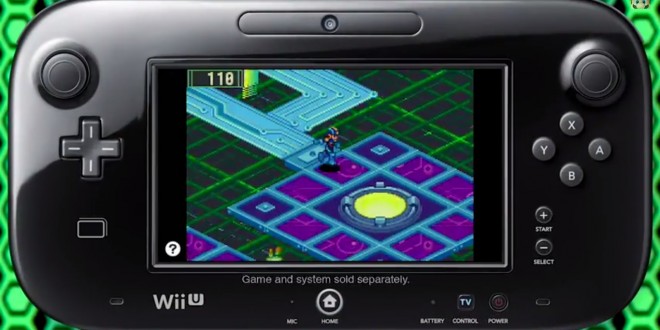 Nintendo eShop Update for January 8, 2015 is up! Happy week after New Year! How many resolutions did you break during the first week? I’m sure there were a lot. To keep us distracted this Nintendo eShop update is more beefy than last week thankfully.

The Nintendo eShop Update is published by Nintendo every Thursday for their Wii U and 3DS systems . This update includes full digital titles, Virtual Console releases and smaller indie titles. It can be a lot and while you could read the full text on Nintendo’s press site, we thought you would prefer to get the gist of the update along with some recommendations on what to keep an eye on.

Chariot– Previously released on Xbox One and free for Xbox Live Gold members in October. In this game you control the daughter of a deceased king and her fiance as they guide her father’s casket through various levels full of puzzles and platforms. Unique and also allows for local cooperative gameplay.

Mega Man Battle Network 2 (Wii U)- This Game Boy Advance title was originally released in 2002 for NA and EU. Generally well received, this sequel to Battle Network retains the RPG elements with real time combat. It’s quite unique and a big departure from other Mega Man games which have been generally sidescrollers.

Adventures of Lolo (3DS)- An NES game released in 1989, you can now play this top down puzzle game. You play as Lolo in the villain’s castle progressing through various screens, avoiding enemies and lining up blocks to trap them as you collect hearts to save your romantic interest Lala.

This week’s update isn’t too great although I have heard good things about Mega Man Battle Network 2 despite the confusion about what exactly you’re supposed to do.

Nintendo eShop Update for January 1, 2015 is up! Happy New Year! To celebrate Nintendo ...