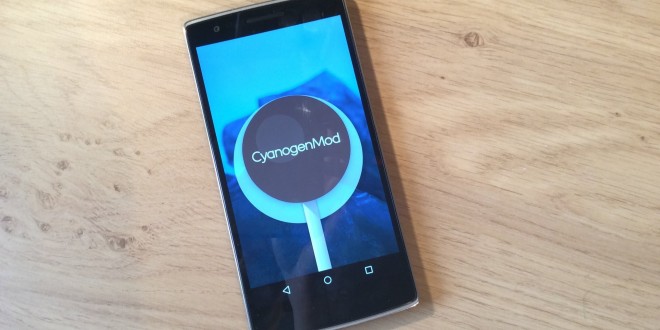 The latest OnePlus One Android update does indeed bring a new custom ROM based on Android 5.0 Lollipop, named the Alpha ROM. The build was released in the hopes of gathering feedback from users on the new ROM from OnePlus after the split with Cyanogen. The test period for the Alpha ROM is now over, but those of you who managed to get your hands on it reported that the ROM is neat, but most would have liked Cyanogen better.

CyanogenMod was what made the OnePlus famous last year, besides its uber-cheap price, but since Cyanogen made an exclusive partnership with Micromax, the future OnePlus One Android update won’t come with the nifty, stock CyanogenMod in-house. Still, the Alpha ROM developed by OnePlus’ own engineering team seems like a good take on Android 5.0 Lollipop, even though it’s not finished yet.

As for the controversial partnership between OnePlus and Cyanogen, the situation is still a bit dainty between the two. Cyanogen and OnePlus officially renounced their partnership after Cyanogen partnered up with Micromax, and the issue went as far as to ban the OnePlus One in India, only to be later lifted. In any case, the OnePlus One Android update with the custom Alpha ROM has no ties to CyanogenMod whatsoever.

Even though many fans would have liked a final OnePlus One Android update with stock Android 5.0 Lollipop and CyanogenMod, that’s not happening anytime soon. There have been rumors flying around about Cyanogen wanting to get back into the saddle with the upcoming OnePlus Two, but neither parties have confirmed them.

In spite of the OnePlus One Android update aka the Alpha ROM having many bugs, it does look great and keeps the customizability of CyanogenMod on the Material Design of Android 5.0 Lollipop. If you are very set on CyanogenMod, you can have it though. We’ve saved the best for last and we are glad to announce that the latest nightly from Cyanogen includes CyanogenMod 12 for BACON, aka the OnePlus One.

If you are set on getting a OnePlus One Android update filled with Lollipop and CyanogenMod, you can now download and install CyanogenMod 12 on the flagship killer, even though the nightlies do have some bugs still. Some of the big bugs users are complaining about is the camera recording not working, which was made clear by Cyanogen when the ROM was released for the OnePlus One. In any case, you can try both the Alpha ROM and CyanogenMod 12 on the OnePlus One and let us know which you like best.

My life-long dream has been to test out every gadget on the market! Considering the fact that I've rapidly destroyed almost every gadget I've had so far, I'm not inclined to owning something, so my ideal outcome would be to have a different gadget each month. I'm really into smartphones, wearables and tablets and I love Playstation and Xbox, I'm sure I'll beat you at your own game (after a month of training... or two)
Previous Assassin’s Creed 6 leaked details suggest more of the same
Next Top 5 free Android office apps