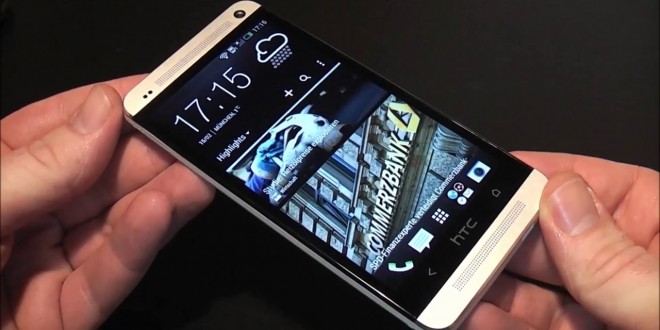 HTC One M7 overheating and how to fix it

The HTC One M7 or One as it is known, was one of the best devices until the One M8 was launched. Still people are gravitating towards the handset because of its dropped prices, and while the One M7 is a capable and powerful device, it does have its issues. One of the biggest problems is the One M7 overheating issue that has been discussed countless times on forums. Users first started noticing extreme One M7 overheating in the first few months after the device was released, but even though subsequent updates tried to fix the issue, there still are users experiencing severe overheating.

The One M7 overheating problems persist even though countless updates have been sent out to the device since its launch. Our biggest hope right now is Android 5.0 Lollipop, and many owners are expecting the new OS to fix overheating issues, as well as other bugs including some battery drain and random app crashes. Until we get our hands on Lollipop, we though it would be handy to have a few fixes for the One M7 overheating problems and an attempted explanation for them.

As usual, the first thing you should check is apps. Find out which app is using your battery the most, and remove it from your One M7, because the overheating as well as the battery drain accompanying it might be caused by a malevolent application. Even though it is unlikely that you haven’t tried this fix before, it never hurts to double check. The main cause of the One M7 overheating is a design issue, most likely. The aluminium chassis of the handset doesn’t allow for correct heat dissipation, which leads to certain areas of the phone overheating extremely.

Some users described quite an odd effect of the One M7 overheating: the top left corner of the display actually turned yellowish, while the back panel was almost burning hot. That phenomena in turn caused the One M7 to shut down because of the temperature increase. This issue is uncommon, but there are certain users reporting about it. First off, you should start using your power saving mode more often. You should also dim the brightness of the device, and hope that maybe this will help with the One M7 overheating. I’m aware that these are trivial fixes, but they can make a difference.

Avoid using phone cases that block air circulation even more, because the chassis does that enough. Another thing that you should try is turning off synchronization and do your syncing when you are not using the phone. You can also try turning off location, GPS, Bluetooth, WiFi and data network to see if that improves the One M7 overheating issue. It’s not the ideal fix, but it could be crucial to determine what is actually causing the problems on your phone. Yet another thing you could do is reboot your device or reset it completely, without importing Google Play apps after the reset.

Remember that aluminium is a good conductor and a warm phone with not other issues isn’t something to worry about. You only need to concern yourself when the One M7 overheating causes yellow spots on your display, apps to crash and your phone to randomly shut down or become unresponsive. Try using apps like GSAM battery monitor to keep an eye out for apps that keep using your CPU more than they should and hope for the best with Android 5.0 Lollipop.

My life-long dream has been to test out every gadget on the market! Considering the fact that I've rapidly destroyed almost every gadget I've had so far, I'm not inclined to owning something, so my ideal outcome would be to have a different gadget each month. I'm really into smartphones, wearables and tablets and I love Playstation and Xbox, I'm sure I'll beat you at your own game (after a month of training... or two)
Previous Motorola Droid Turbo Android update to Lollipop
Next GTA 5 PC delayed after all, but at least Rockstar released screenshots

HTC One M7 gets Android 5.0 Lollipop and a slow data speed

Galaxy S4 vs HTC One M7: future-proof flagships of yesteryear