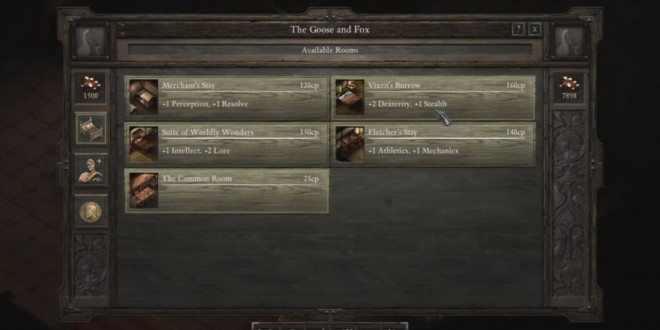 It’s the little details that count. There’s a certain magic to an epic fantasy novel. There’s the map at the beginning of every book. You follow the map as the protagonist and their adventuring party make their way through the world. You listen intently as they pay for an Inn, as they set up camp, while they try to figure out the best way to their destination.

With the exception of a few Skyrim mods, this isn’t something you often get to see or experience in most modern RPGs.

The Pillars of Eternity gameplay shows an adventuring party that has to set up camp, that has to buy a room in an inn, and that engages in meaningful dialogues with NPCs. A camping system requires players to buy camping supplies in town before heading out. They can then set up camp while dungeon diving – healing any wounds the party has sustained.

Pillars of Eternity gameplay footage also shows Josh Sawyer picking out a room at an inn. This simple act has taken on statistical and gameplay significance. Players can spend extra on a room that gives bonuses to the party. Options at the inn “Goose and Fox” include a “Merchant’s Stay” which provides +1 to Perception and +2 to Lore, or a “Vixen’s Burrow” providing a +2 bonus to Dexterity and a +1 to Stealth. Sawyer explains in the livestream that the benefits from these rooms effect the party for a “very long time” but, of course, they’re more expensive. More expensive means less gold for camping supplies.

The livestream also features a focus on dialogue. The game presents a return to older forms of dialogue – where you pick what you say from a drop down list rather than Bioware’s “wheel”. The dialogues all present players with complexity and branching paths, with special options opening up based on individual stats and feats.

The Pillars of Eternity gameplay looks promising based on what we’ve seen in this livestream. Sometimes it’s the little touches – buying camping supplies, buying a room at an inn – that makes a fantasy journey worthwhile. It’s good to see that Obsidian have picked up on this where other RPGs have not.

@@AnthArmo
Previous Hearts of Iron IV lets you micromanage as Hitler
Next Heroes of the Storm: Closed Beta Now Live 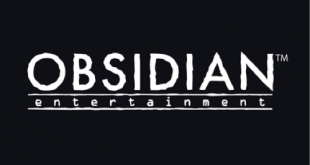 2014 offered some of the best RPGs we’ve had in years and we’re all very grateful ...