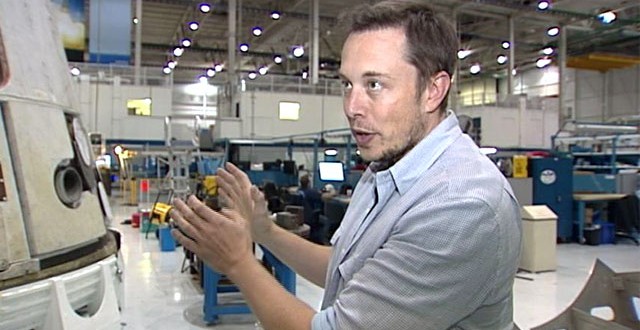 Elon Musk has already become a well know name for anyone with even the slightest interest in technology thanks in no small part to his plans of providing cheap internet to everyone via a global network of satellites. Some might understandably find this idea to be a little far fetched, but in fact, this is only the first step in the famous tycoon’s master plan. Soon humanity will be ready to start settling on the neighboring Red Planet and our first brave explorers can take comfort in knowing that internet will be readily available to them when they arrive. That’s right, Elon Musk wants to bring internet to Mars someday, although this will only happen once our own planet will be surrounded by a veritable fleet of satellites.

“It will be important for Mars to have a global communications network as well,” said Elon Musk in a recent interview.”I think this needs to be done, and I don’t see anyone else doing it.” But before thinking about fast internet browsing, the Mars colonists will first need a place to stay. NASA already has a couple of ideas for bases on the planet, but Elon Musk thinks that a full-fledged city would be even better. Apparently the plan is to pay for this city with the revenue generated by the upcoming satellite network, which might not be such a bad idea all things considered. It goes without saying that the CEO of Tesla and SpaceX must first finalize the first part of the plan before seriously thinking about the best way to provide future Mars colonists with high-speed internet.

That said, Elon Musk’s ambitions when it comes to Mars are well known, with many even calling them an obsession. Musk might not end up being among the first people to set foot on the Red Planet, but he does intend to go there eventually and was recently heard reiterating that “One day I will visit Mars.”

I’m Load The Game’s co-founder and community manager, and whenever I’m not answering questions on social media platforms, I spend my time digging up the latest news and rumors and writing them up. That’s not to say I’m all work and no fun, not at all. If my spare time allows it, I like to engage in some good old fashioned online carnage. If it’s an MMO with swords and lots of PvP, I’m most likely in it. Oh, and if you’re looking to pick a fight in Tekken or Mortal Kombat, I’ll be more than happy to assist! Connect with me by email markjudge (@) loadthegame.com only
@@MarkJudgeLTG
Previous Sharp launching two new interesting Aquos phones
Next Galaxy S4 Android 5.0.1 ROM leaked online

Hyperloop is on track, but timeline has changed

Elon Musk, the CEO of Tesla has voiced his concerns regarding Artificial Intelligence in a ...