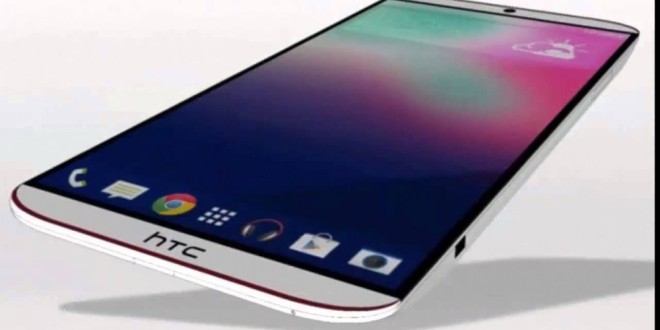 HTC has sent out invitations to members of the press detailing a utopia event that would show us “what was next” on March 1st, just ahead of MWC 2015. Since the One M9 Hima didn’t make an appearance at CES 2015, our best guess for its introduction would be MWC and the invite confirms these suspicions.

Everybody’s excited to see One M9 Hima at the show, but what we weren’t expecting was a smart watch to come join the utopia of the Taiwanese company. Latest rumors talk about how HTC will be holding a massive launch event that should be as interesting (and inspired by) the Apple launch event in September. Apple decided to launch the iPhone 6 and 6 Plus, but also managed to introduce one of the gadgets the company will be launching soon, the Apple Watch.

While we doubt HTC will simply tease this smart watch like Apple did with the iWatch, we are still not confident that the rumors are true about the company having a smart watch ready for introduction already. We originally heard about the HTC smart watch sometime last Summer, so it might be a plausible situation, but the wearable market might not be the best choice for HTC right now since revenues have plummeted a bit. Nonetheless, a Bloomberg report suggests that the HTC smart watch will take advantage of the new partnership with Under Armour and use their software instead of Android Wear.

The One M9 Hima should be the next best thing and HTC should focus on releasing a flagship that will blow our minds as well as be appropriate for our pockets. There are many rumors surrounding the flagship and we can’t be sure what kind of smartphone we will be met with on March 1st just yet. One of the leaks about the One M9 Hima suggests a 5.5 QHD display, while another says that we will have the same display as on the One M8 (seems to be favored by most). One consistent rumor about the CPU of the device being the 64 bit Snapdragon 810 backed by either 3 or 4 GB RAM is the most likely development, seeing as OEMs are already migrating towards the more powerful processor (see the LG G Flex 2 and Xiaomi Mi Note Pro).

The camera on the One M9 Hima will most likely be a 20 MP sensor on the rear and a 13 UltraPixel sensor on the front. Android 5.0 Lollipop is a must, but what might surprise some of you is that Sense 7 should be ready by the time the flagship is launched. Even though the HTC-branded UI will be launched soon, we have no information on when the updated user interface will hit previous flagships like the One M8 and One M7.

My life-long dream has been to test out every gadget on the market! Considering the fact that I've rapidly destroyed almost every gadget I've had so far, I'm not inclined to owning something, so my ideal outcome would be to have a different gadget each month. I'm really into smartphones, wearables and tablets and I love Playstation and Xbox, I'm sure I'll beat you at your own game (after a month of training... or two)
Previous Mass Effect 4 release date likely set for “Spring 2016” says well known insider
Next OnePlus One will not require an invite to buy, although only for two hours