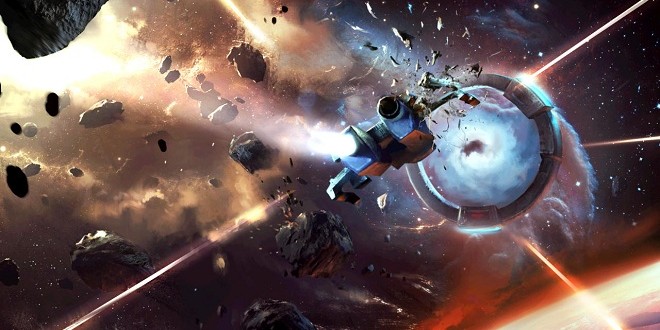 Firaxis and 2K Games have teamed up for yet another turn-based strategy title called Sid Meier’s Starships. The game is described as being the next chapter in the last year’s Civilization: Beyond Earth and will take place in the same universe. Just as its name suggests, this time around you’ll be controlling a fleet of starships rather than building bases and expanding you territory like you did in Beyond Earth. Expansion and exploration will start play an important role though, but the action will not be limited to a single planet anymore. In Sid Meier’s Starships players will be able to travel across the galaxy and expand their influence as they go.

Legendary producer Sid Meier himself says that the idea for Starships came to him as he was designing Civilization: Beyond Earth. Specifically, he was interested in knowing what happens once we build ships and start exploring the final frontier. While in Civilization: Beyond Earth we had to leave our own planet in search of a new home, in Sid Meier’s Starships we will apparently need to go back and see what the humans of Earth have been up to in the meantime. Interestingly, the connection between the two games seems to go even further than that. Players who already own Civilization: Beyond Earth and plan on getting Sid Meier’s Starships will be happy to know that the upcoming title will “enhance” the experience, although no specific details have been revealed just yet.

The developer seems to have been working on this game for some time as Sid Meier’s Starship’s is scheduled to arrive sometime in “early 2015.” Available platforms at launch will include PC, MAC, and iPad. Pricing and more details will be revealed in the near future. In the meantime, Firaxis and 2K Games have unveiled the announcement trailer for Sid Meier’s Starships so make sure you check it out below.

I’m Load The Game’s co-founder and community manager, and whenever I’m not answering questions on social media platforms, I spend my time digging up the latest news and rumors and writing them up. That’s not to say I’m all work and no fun, not at all. If my spare time allows it, I like to engage in some good old fashioned online carnage. If it’s an MMO with swords and lots of PvP, I’m most likely in it. Oh, and if you’re looking to pick a fight in Tekken or Mortal Kombat, I’ll be more than happy to assist! Connect with me by email markjudge (@) loadthegame.com only
@@MarkJudgeLTG
Previous The Order: 1886 will take 8-10 hours to complete on a regular playthrough
Next LG G Flex 2 vs LG G4 – Korean tech at its best

Civilization: Beyond Earth gets free Steam demo and why that’s important

Remember demos, those things that let you play a certain game for a while before ...