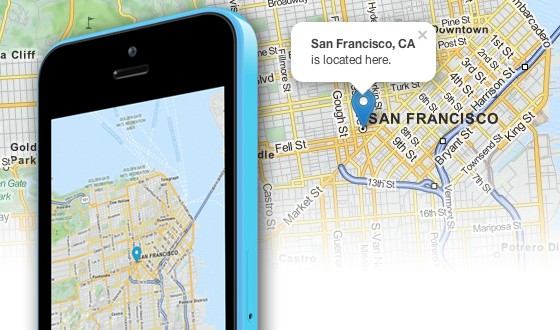 MapQuest for iOS is now better with Yelp integration

MapQuest for iOS is being updated today with new features and improved navigation, in the face of competitors upcoming from Nokia and Google. If you want an alternative to Apple’s own Maps or Google Maps, AOL’s MapQuest is one of the best navigation applications out there, With the fresh update, the app ends up offering enough features to make your experience on iOS notable and worthwhile.

The MapQuest for iOS update comes after the last update from November which brought support for roadside assistance from Urgent.ly. In the new version, you still have in-app purchases, but it won’t make your experience cumbersome, as they only apply for removing ads or customizing your application with team kits that contain logos, themes and saved routes.

First off, the update fixes a few bugs and improves the overall performance of MapQuest, as well as adds the option to send feedback and requests directly to AOL, which might come in handy if you experience some bugs, if you have an idea for a new feature or just want to voice your opinion. Google has recently updated its search so that you can buy tickets to events directly and MapQuest was inspired by the update, adding the same feature to the application, as well as allowing users to view upcoming events at major listed venues.

The overall navigation has been made easier with the update, the app now providing timely notifications about turns and an improved list view that follows your progress on your selected route. Yelp integration is also featured in the MapQuest for iOS update, showing you detailed information about a place in the Nice to Know section. All the relevant information you may need, including wi-fi and credit card acceptance details are now featured in the newly added section. You can even book hotel reservations directly through MapQuest, and see information about the hotel you want to go to, including room availability, check in details and amenities.

My life-long dream has been to test out every gadget on the market! Considering the fact that I've rapidly destroyed almost every gadget I've had so far, I'm not inclined to owning something, so my ideal outcome would be to have a different gadget each month. I'm really into smartphones, wearables and tablets and I love Playstation and Xbox, I'm sure I'll beat you at your own game (after a month of training... or two)
Previous Microsoft working on a phone-laptop hybrid, going retro
Next New League of Legends Nemesis Draft Mode now available to play

Apple Maps to get a Street View feature soon?

Apple Maps is definitely far from being as good as Google Maps or Nokia Here ...