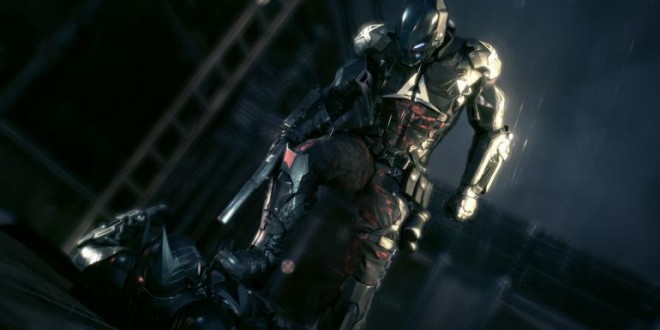 Is Superman In Batman: Arkham Knight?

There have been rumors circulating that the Man of Steel himself may appear in the Dark Knight’s newest title from Rocksteady—Batman: Arkham Knight. It’s no mystery that before Batman: Arkham Asylum, many gamers have not had positive experiences with superhero titles, but the series from the developer has had hopes restored in the genre. Could Superman be making a cameo to suggest where this developer is headed in the future?

According to Inquisitr , Arkham Knight’s IMDB page has veteran voice actor George Newbern cast as Superman. If the name seems familiar to you it should. Newbern has played Superman in Cartoon Network’s “Justice League” and “Justice League Unlimited” alongside Kevin Conroy who has been the voice of Batman in nearly all animated ventures featuring the caped crusader and all three of Rocksteady’s titles. With two actors familiar with one another playing such iconic roles, and the posting on IMDB to confirm it, gamers are wondering the validity of such claims, mostly because it promises more than anyone had reason to expect in the past.

With the upcoming film featuring Ben Affleck and Henry Cavill face off against one another in “Batman VS Superman: Dawn of Justice” it would seem a hint in the preceding videogame would provide a marketing opportunity too good to give up. It’s possible that Superman’s inclusion could be like that of Robin in Batman: Arkham City. Which is to say the character might be involved obliquely in some capacity to service the plot but never expected to do much. The other possibility is Superman could be part of a DLC pack. Players who purchased Batman: Arkham Asylum on PS3 had the opportunity to play as the Joker. Pre-orders of Arkham City had Catwoman opened up as a character they could switch to at nearly any point in the single player campaign, along with several exclusive missions for Selina Kyle alone. And it has been announced already that pre-orders of Arkham Knight will give players the opportunity to play as Harley Quinn.

At present, the IMDB post has been amended. It could point to producers having released the name in error, intending Superman’s inclusion to be a surprise for players. It could also could be placed by a third party. At any rate, players will have the opportunity to find out firsthand when the game releases June 2, 2015.

I’m Load The Game’s co-founder and community manager, and whenever I’m not answering questions on social media platforms, I spend my time digging up the latest news and rumors and writing them up. That’s not to say I’m all work and no fun, not at all. If my spare time allows it, I like to engage in some good old fashioned online carnage. If it’s an MMO with swords and lots of PvP, I’m most likely in it. Oh, and if you’re looking to pick a fight in Tekken or Mortal Kombat, I’ll be more than happy to assist! Connect with me by email markjudge (@) loadthegame.com only
@@MarkJudgeLTG
Previous Star Wars: Battlefront At GDC?
Next Galaxy Note 5 vs HTC Hima Ace Plus: how will future phablets look like?