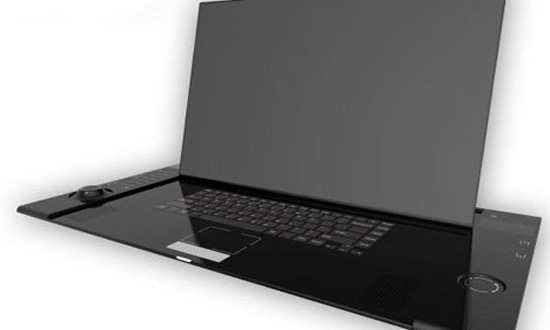 This is not the Nokia Laptop, which doesn't even exist yet

Nokia laptop being prepped for a Spring launch (rumor)

It seems that a new Nokia laptop is in the works from the Finnish company, as a leaked photo suggest that the company is trying to infiltrate more markets around the world. Taking advantage of the hype surrounding the Nokia N1 tablet as well as the upcoming Nokia C1, which hasn’t been confirmed yet, the company most likely decided that it would be the best environment to launch a brand new Nokia laptop which was first planned years ago. Keep in mind, this is a rumor started on a Weibo account.

A photo of the Nokia laptop next to the Nokia N1 and probably the Nokia C1 smartphone has gone viral on the internet, people starting to stir the hype surrounding the infamous company that was bought by Microsoft. Take this alleged Nokia laptop with a grain of salt, though, since we’ve nothing more to go on than just rumors and the leaked image from the Chinese Ubuntu social media account. Speculations on the release date and overall availability of the Nokia laptop say that a Spring launch is most likely, alongside the Nokia C1. Or is it?

Since we only have the lonesome leaked image to judge by, we cannot say what we could expect from the Nokia laptop if it turns out to be real. Until the Finnish company reveals something more about its upcoming line-up, we can’t say for sure if the notebook is real or just a fabrication. We do think that the Nokia C1 is the real deal and should be unveiled by Spring, but we can’t say for sure if the company is actually working on a laptop that would accompany its new line-up. What do you think about the rumor saying that a Nokia laptop is in the works for a Spring launch? Do you believe Nokia is ready to dwell into the notebook market or do you think the company should try its hand on the smartphone market and go from there?

As an endnote and because we like to burst bubbles, we came across the same image, posted a year ago, on the Nokia blogs before the Nokia World event in Abu Dhabi. Now it becomes clear that these devices in the Ubuntu-leaked image are actually the Lumia 1520 and the Lumia 2520 tablet. All the hyping around the leaked image is unwarranted, seeing as the image itself is from October 2013. Oh well, even if we wanted to see a new Nokia laptop, we will be content in seeing the Nokia C1 sometime very soon.

My life-long dream has been to test out every gadget on the market! Considering the fact that I've rapidly destroyed almost every gadget I've had so far, I'm not inclined to owning something, so my ideal outcome would be to have a different gadget each month. I'm really into smartphones, wearables and tablets and I love Playstation and Xbox, I'm sure I'll beat you at your own game (after a month of training... or two)
Previous Minecraft sequel “evidence” is pilling up
Next Buying your way into the Heroes of the Storm beta is now possible

Nokia and Meizu working on a new MX Supreme phone

The folks over at Nokia are allegedly developing on a new smartphone despite the fact that ...