Breaking News
Home » Tech » iOS 8.1.3 rollling out by the end of the month 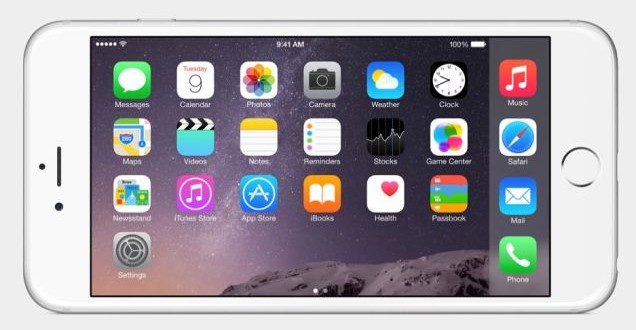 iOS 8.1.3 will hit your device by the end of the month

iOS 8.1.3 is being beta tested by Apple employees after the beta build was released sometime last week. The iOS 8 launch wasn’t as smooth as Apple would have hoped, with the initial release riddled with bugs affecting especially older devices like the iPhone 5 and iPhone 5S, as well as the iPad Air and iPad Mini 2. After the uproar of fans saying that the iOS update wasn’t thought through, Apple quickly released iOS 8.1 and subsequent iOS 8.1.2 in an attempt to calm spirits down. Nonetheless, the latest iOS 8.1.2 update still hasn’t fixed many issues plaguing iPhone and iPad users, which prompted the company to release iOS 8.1.3 in beta so that the issues may be fixed.

iOS 8.1.3 is set for a January release and even though many expected it to roll out to devices on January 18 the latest, it seems the release date was pushed back, probably because beta testers still found some issues with the software during their testing. That doesn’t mean that the iOS 8.1.3 update won’t be rolling out this month, according to our sources, who mention that January will end with a new iOS update.

The upcoming software update won’t be anything major, as you might imagine, containing purely bug fixes that should resolve battery drain, app crashes, Wi-Fi connectivity problems, third-party keyboard mishaps and various other bugs users have been complaining about since iOS 8.1.2 was released. If there are major issues found in the iOS 8.1.3 update or if Apple can’t manage fixing the bugs iOS 8.1.2 came with, we might be looking at another delay of the update. Another scenario proposes that if the beta testers are working on now doesn’t fix problems with iPhones and iPads running the latest version of Apple’s software, the release date of iOS 8.2 might be pushed up. Opinions vary on when the next major update will be released, but most peg it for sometime in March when the Apple Watch should be released. Many are hoping that the iOS 8.1.3 update will be released by the end of the month, which seems like the most likely scenario at the moment. We are looking forward to seeing the bugs fixed!

My life-long dream has been to test out every gadget on the market! Considering the fact that I've rapidly destroyed almost every gadget I've had so far, I'm not inclined to owning something, so my ideal outcome would be to have a different gadget each month. I'm really into smartphones, wearables and tablets and I love Playstation and Xbox, I'm sure I'll beat you at your own game (after a month of training... or two)
Previous Windows 10 confirmed to be available for free for Windows 7, Windows 8.1 users
Next Galaxy Note 3, Note 4 and Note Edge to jump to Android 5.0.1