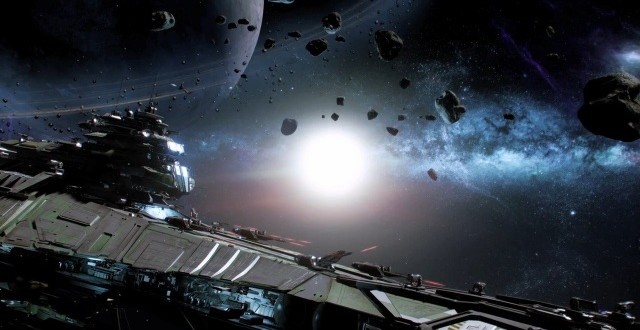 Star Citizen gets official release date, expected to reach $100 million by the end of 2015

Star Citizen, the most successful crowdfunded project to date finally got an official release date, which was revealed by none other than legendary designer Chris Roberts himself. Roberts spoke about the game at length last night during his BAFTA Masterclass presentation and made a few very interesting announcements while he was at it. Now that two of the game’s modules are already out and about and funding is the least of his problems, the game director says that the final commercial release of Star Citizen is expected to arrive sometime during 2016. However, those who are dying to experience the game early will be able to do so by becoming a backer of the project.

The Star Citizen crowdfunding campaign is still on-going and anyone who chips in will be able to play all the new modules as they are released. Thus far, only the Hangar and Arena Commander modules are live, but starting this Spring backers will be able to also check out the beta testing phases of the Planetside and FPS modules. Chris Roberts also said that Arena Commander 2.0 MultiCrew ships will arrive this Summer while the first episode of the Squadron 42 single-player module is expected to launch this Fall. Finally, Star Citizen backers will also be able to get into the Alpha phase of the persistent universe by the end of the year.

Aside from revealing the full schedule of the remaining modules, Chris Roberts also stated that Star Citizen is likely to reach $100 million in funding by the end of 2015. “It’s built into the DNA of Cloud Imperium, who’s the company that’s making Star Citizen,” Roberts said. “It’s the community focus. And we get headlines because we’re the largest crowdfunded anything in the world. We’re now close to $70 million, and it’s likely the carry-on will probably be over $100 by the time the game is close to public release.”

I’m Load The Game’s co-founder and community manager, and whenever I’m not answering questions on social media platforms, I spend my time digging up the latest news and rumors and writing them up. That’s not to say I’m all work and no fun, not at all. If my spare time allows it, I like to engage in some good old fashioned online carnage. If it’s an MMO with swords and lots of PvP, I’m most likely in it. Oh, and if you’re looking to pick a fight in Tekken or Mortal Kombat, I’ll be more than happy to assist! Connect with me by email markjudge (@) loadthegame.com only
@@MarkJudgeLTG
Previous GTA 5 PC – Still interested in the game despite all the delays?
Next OnePlus Two: a flagship killer to rule them all

Chris Roberts announced earlier today the releases of Arena Commander v 0.9. This is the ...