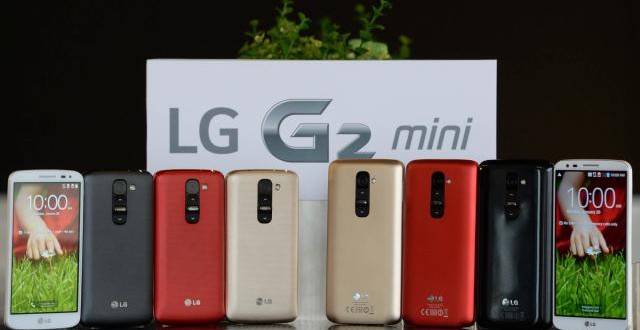 While a lot of people are waiting for Android Lollipop to arrive on their flagships, some of us are more interested in seeing how it performs on older models like the LG G2 Mini. Surprisingly, LG was one of the first manufacturers to upgrade some of its devices to the latest major update, which is a pretty big feat considering that even Google themselves are currently lagging a bit behind when it comes to this. On the other hand, the Korean tech giant is focusing almost entirely on the LG G3 flagship and seems to forget that a lot of customers still own last generation models like the LG G2 Mini.

Recently we’ve heard that the company is busy working on pushing out Android Lollipop for the regular LG G2, which is definitely a good start. The previous flagship has already been spotted running on the update, but there’s still no official word on when it will start rolling out over the air. Still, at least there’s hope. Meanwhile, there’s not even the smallest hint that Android Lollipop will be arriving to the LG G2 Mini any time soon. The device is still running on Android 4.4.2 KitKat and might not even upgrade to 4.4.4  KitKat. On the other hand, the LG G2 comes with 4.4.2 JellyBean out of the box and was later upgraded to 4.4.2 KitKat, with Android Lollipop apparently now underway. In other words, the fact that the LG G2 Mini is running on 4.4.2 KitKat shouldn’t prevent it from skipping directly to Lollipop eventually.

The real question is not if the device can support the latest update, but if LG has any plans to release it. So far they haven’t announced anything and their focus seems to continue to be the LG G3. In addition, the company is also working on delivering the LG G4 sometime in the coming months, so the LG G2 Mini is not a priority right now unfortunately. The LG G4 is expected to be announced at the MWC 2014 in March and be made available at some point during the second quarter of the year. Our best bet is that LG will start working on Android Lollipop for the LG G2 Mini and other older models only after this year’s flagship will be released.

I’m Load The Game’s co-founder and community manager, and whenever I’m not answering questions on social media platforms, I spend my time digging up the latest news and rumors and writing them up. That’s not to say I’m all work and no fun, not at all. If my spare time allows it, I like to engage in some good old fashioned online carnage. If it’s an MMO with swords and lots of PvP, I’m most likely in it. Oh, and if you’re looking to pick a fight in Tekken or Mortal Kombat, I’ll be more than happy to assist! Connect with me by email markjudge (@) loadthegame.com only
@@MarkJudgeLTG
Previous Fallout 4 could be made official at Pax South and why
Next Blackberry 10.3.1 update to start rolling out for the Blackberry Passport next month

As you all probably already know, the LG G4 was launched on April 28 sporting ...