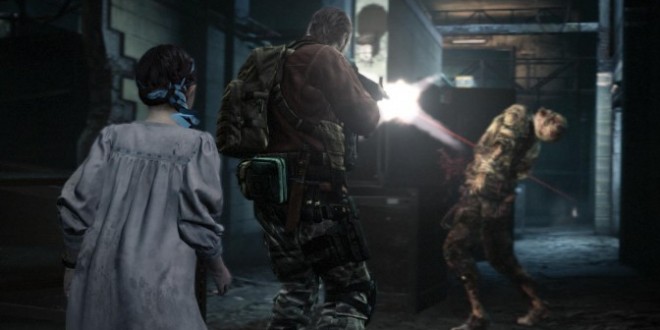 Many fans were dissatisfied with the later Resident Evil releases of 6, and more importantly 5, as they focused more on an action based combat system rather than creating the thrilling atmospheres that made players jump around in their seats. Resident Evil Revelations, which starred Jill Valentine, got back to the roots of what made the Resident Evil franchise a unique and horrifying gameplay experience. By taking away the multitude of weapons and ammo granted to the player, and then throwing them into an abandoned cruise ship liner infested with monstrosities, Resident Evil Revelations made for a memorable and rather horrifying experience that players yearned for.

Resident Evil Revelations 2 is set to release in digital episodic format on February 24th on PSN and on February 25th on Xbox Live and PC. A physical disc based version is coming to Ps4, Ps3, Xbox One, and Xbox 360 on March 17th which will include all 4 main episodes, 2 additional episodes, and more additional content like outfits and Raid Mode characters for the game. Resident Evil Revelations 2 was also announced for PS Vita at Sony’s Playstation Experience however no information about its release is listed on Capcom’s website at this time.

Hi I'm Daniel and I'm an aspiring writer, avid gamer, and wanna-be cook; I'm not quite certain in which order. I like all things RPG and if that means swords n' spells, all the better. But, provided it has a good story I'll probably want to try it regardless of what it is. I'm a Windows junkie, and I spend my time gaming on Xbox, PC, and my 2DS.
@@danielcooper179
Previous Best Buy is canceling some preorders for the Limited Edition Zelda New 3DS XL
Next HTC One M8 Lollipop update stable as GPe is discontinued