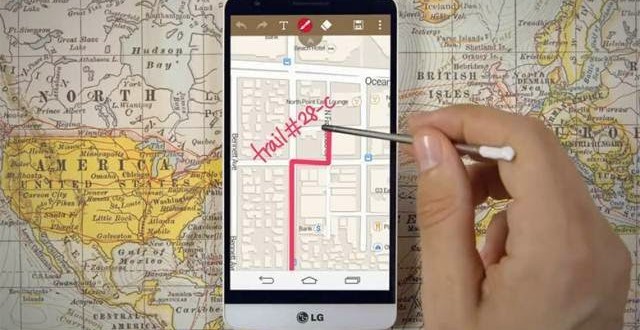 The LG G4 should be around the corner

The LG G4 is the upcoming successor of the QHD beast, the LG G3. People have been looking up to the LG G3 because of its high resolution display, ergonomic design and great processing power. The LG G3 was crowned by many the best flagship of 2014. How will its successor do in the face of competition? The LG G4 isn’t official yet, but it’s certainly coming our way and it will compete against the HTC One M9, Galaxy S6 and many more releases to come this year. When it comes to the LG G4 release date, most sources say that we should see the handset unveiled at the Mobile World Congress in Barcelona, Spain in March.

The rumored LG G4 should make a big appearance at the MWC, which kicks off on March 2nd. OEMs will traditionally host their own events prior to the show, so we expect invites to be sent out from LG for a super-duper event to be hosted in the days before MWC. Those invitations we are waiting for should give us some insight on what kind of innovation LG is planning to embed in the LG G4. Alas, as far as invites go, they never reveal too much, so don’t get your hopes high if you are a member of the press.

Nonetheless, the LG G4 flagship should most likely appear at the MWC, even though alleged problems with the Snapdraogn 810 CPU supplied by Qualcomm may push the release date further in our calendars. We hope Qualcomm is ready with the chipset the LG G4 should rock, though. Besides the Snapdragon 810 CPU, the LG G4 should come with an equally large 5.5 inch QHD display as seen on the LG G3, but there are rumors saying that the company might cut back in this area and send the LG G4 out with a smaller, 5.3 inch QHD display. The company has also teased their new 4K smartphone displays, flexible and bendable display and innovative battery tech, so we might be seeing a glimpse of those on the LG G4, too.

As far as memory goes, the LG G4 should definitely come with either 3 or 4 GB RAM memory and various internal storage options, although a microSD card slot would be an easier solution. People are increasingly appreciative of Apple’s attempt to put 128 GB of internal storage into the iPhone 6 and iPhone 6 Plus, so we might be seeing that trend take hold at the MWC, LG included. The LG G4 camera should be a 16 MP shooter equipped with laser autofocus and optical image stabilization, and a 5 MP camera should adorn the front of the device.

We would be very glad to see the LG G4 release date landing in March, during the MWC show, but the date remains unconfirmed. Some sources say that LG will keep up traditions and launch the LG G4 a bit later, sometime in May, supposedly. That might be a wrong call for the company, as the impending arrival of the Galaxy S6 and HTC One M9 might compromise the eventual success the LG G4 may have. Alas, there’s no confirmation on either of these dates, so we’re going to have to be patient and wait for LG to spill the beans.

My life-long dream has been to test out every gadget on the market! Considering the fact that I've rapidly destroyed almost every gadget I've had so far, I'm not inclined to owning something, so my ideal outcome would be to have a different gadget each month. I'm really into smartphones, wearables and tablets and I love Playstation and Xbox, I'm sure I'll beat you at your own game (after a month of training... or two)
Previous Motorola Droid Maxx and Droid Turbo Lollipop update news
Next BlackBerry Passport coming to AT&T soon

As you all probably already know, the LG G4 was launched on April 28 sporting ...