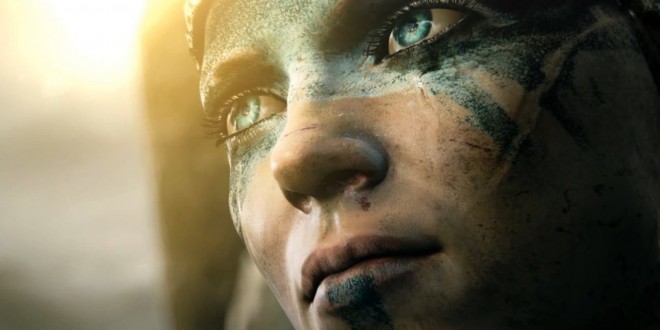 Developer Ninja Theory has released a brand new Hellblade dev diary that covers environments, enemy design and combat. In six minutes it explains just how Ninja Theory is using Epic’s Unreal Engine 4 and the concept of modular design to create a AAA game with a tiny team on a modest budget.

“We’re not  competing on scale, therefore you have to compete on being different. Hellblade has to be unique, something you wouldn’t be getting in a big budget AAA experience.”

On Hellblade’s Environments, Antoniades goes on to explain that the approach to building Hellblade’s world is heavily modular. The environment team, consisting of a single artist, starts by creating a series of props that can be scaled, repositioned and reused across the world. It’s an approach that’s common in game development, but Ninja Theory are taking the concept a little further. They’ve created a custom script in Unreal Engine 4’s Blueprint system, that allows placed assets to naturally blend into their environment. You can see the effect in action at the 1.22 mark in the video. Textures appear to blend and polygons deform to make the scene appear more natural.

The final ingredient involves carefully layering hand-drawn and photographed textures onto model geometry. The results are impressive, and it’s hard to believe that Hellblade’s environments are being created by a single artist. When discussing enemies, Anotniades explains how the modular approach to development influences character design and creation.

“Traditionally, when we built a character every character would have their own animation rig, their own accessories and textures that are unique to that character.”

Starting with a single enemy model, Ninja Theory’s artists found they could increase variety simply adding, removing and altering accessories, and changing the shape and coloring of the base humanoid enemy. A section of the video exploring combat gives us our best look so far at the basics of Hellblade’s combat, which appears to focus on strategy and tactical nuance. Combat incorporates standard light, heavy and charge attacks. Ninja Theory appear to be focusing on blocking and block reactions, with Antoniades stating that “The camera view we chose allowed for the concept of directional attacks and directional blocking and evading”. Ninja Theory also confirm that plans are still underway for a Hellblade beta sometime in the future.

“We’re now actively testing the game internally, and once we’ve refined this, we’ll be beta testing it with some of you out there. It’s one of the exciting ways we think you can help us on the development of Hellblade.”

The video closes with Antoniades hinting at the fat that Senua’s different perception of time and space might give her some unique abilities. They explore the concept of alter-egos helping you in combat, and optical illusions warping time, space and geometry to spectacular effect. It isn’t clear whether all these features will make it to the final game, but Ninja Theory are actively exploring these concepts. Hellblade launches on PS4 and PC sometime in 2015.

Hardcore gamer by day, comic book writer and professional heavy sleeper by night. I love videogames and I'll try almost any genre once. Unless it requires lots of time and effort, then I'll probably zone out. I started on the NES and cherish those early Nintendo memories, but I tend to call PlayStation platforms home now. Also, Star Trek TNG rules.
@@shobocoker
Previous iPhone 5S vs iPhone 6: is it worth the upgrade?
Next Atlus To Stream 30+ Hours of Persona News